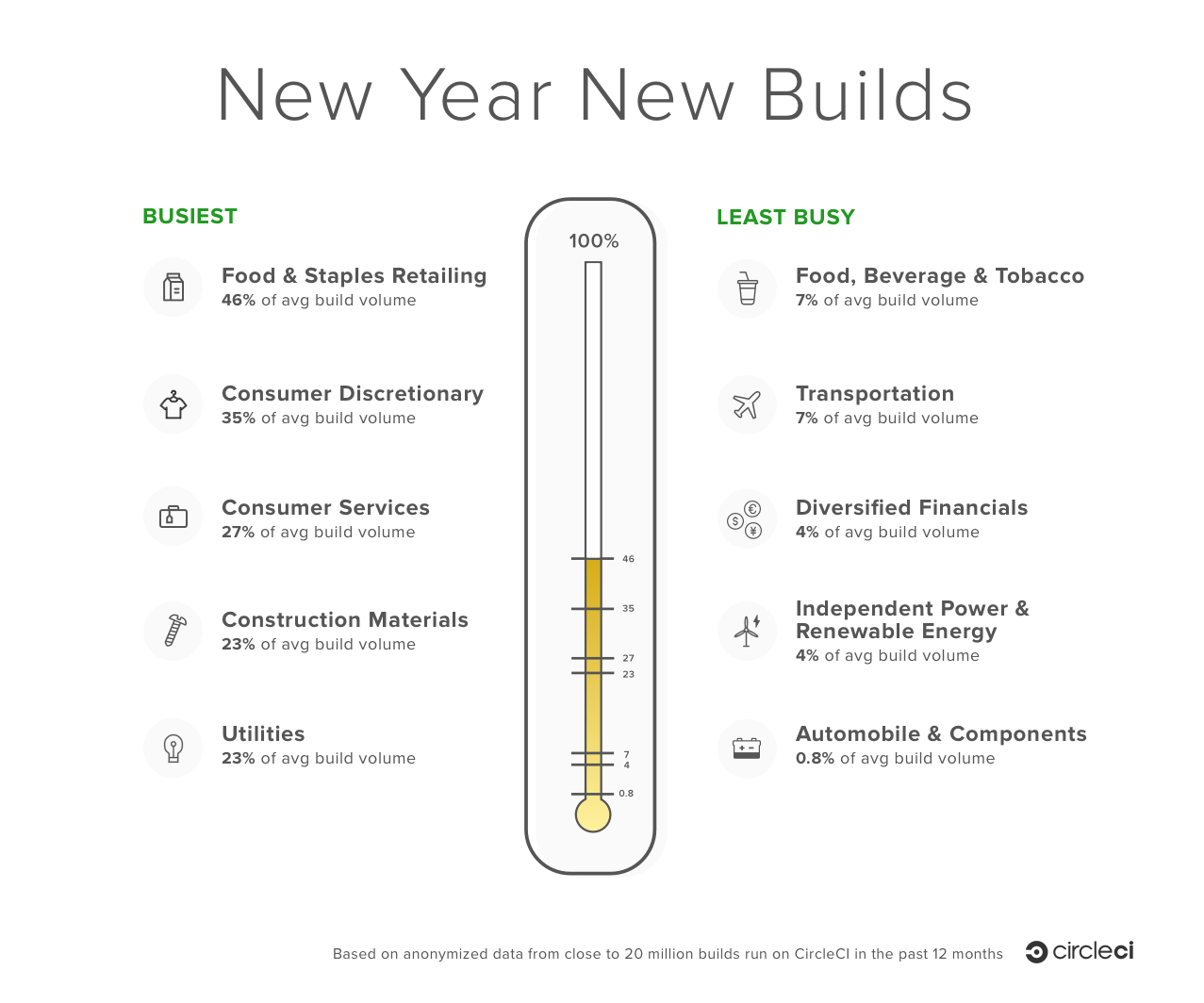 As before, this information is based on anonymized data from close to 20 million builds run on CircleCI in the past 12 months. To see what kinds of organizations were building the most on New Year’s Day 2016, we compared average holiday build volume to average non-holiday build volume across 29 industry groups:1

The average build volume (across all industries) on New Year’s Day was about 12%: so across all industries, CircleCI users ran only about 12% as many builds as they would on an average January workday. As you can see below, this was not evenly distributed across industries with some building far more than the average, and some far less.2 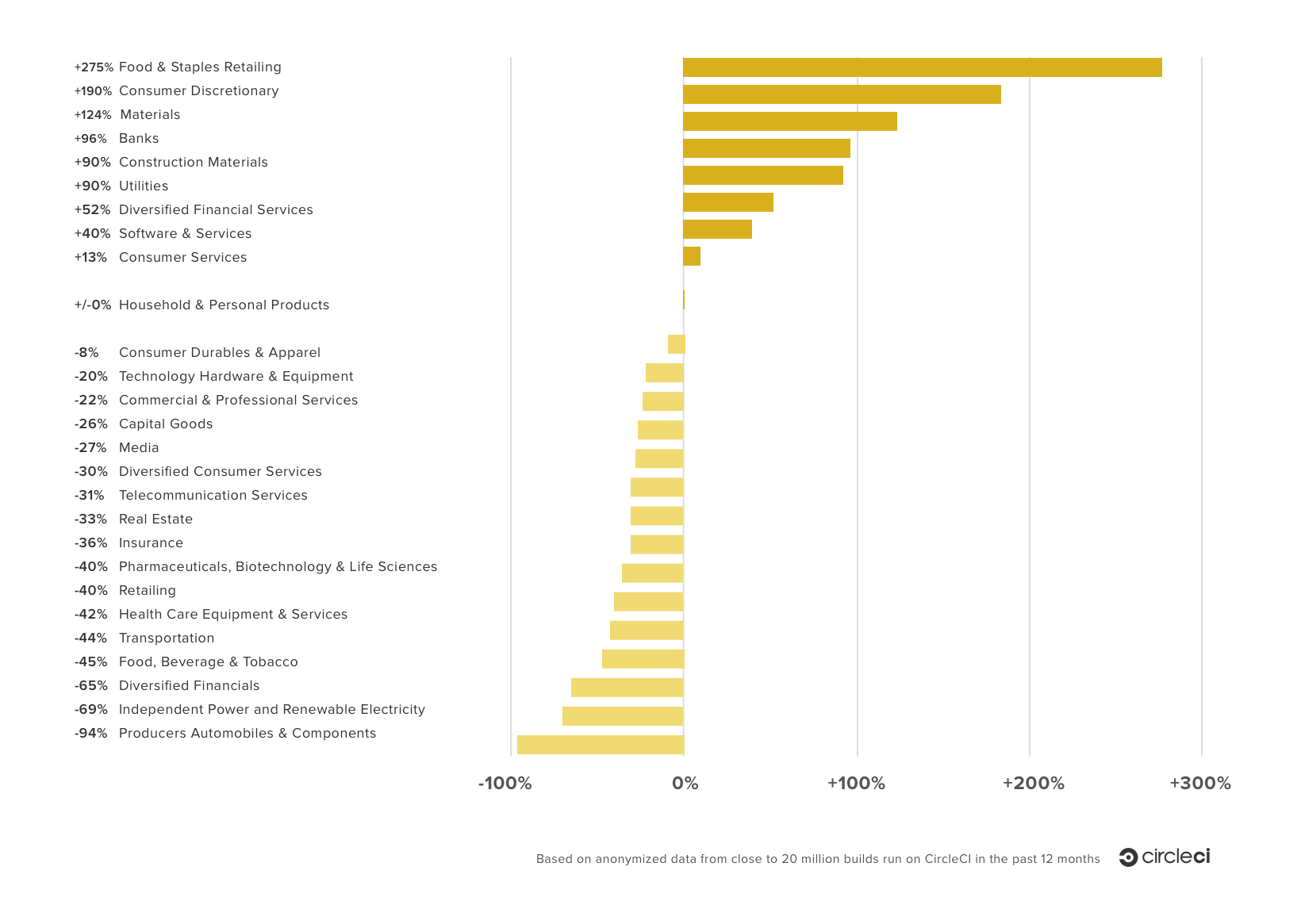 For New Year’s Day builds, the Materials, Utilities, and Construction Materials groups have bounced back from their Christmas lows and are ready to start the New Year with a bang of activity. Transportation-linked industries, on the other hand, took it slow, as did Food & Beverage.

However, also for New Year’s Day, there was a huge difference between the top and bottom industries. CircleCI users in the Food & Staples Retailing industry ran 275% of the all-users build average, while Automobiles & Components ran less than 7%.

As a personal aside, none of these blog posts should be taken to mean that I think developers (or anyone else for that matter) should be working on holidays. It’s just interesting to see who does, and how much.

We’ll look deeper into this information, as well as other data provided by the close to 20 million builds run in 2016 on CircleCI, in future blog posts. 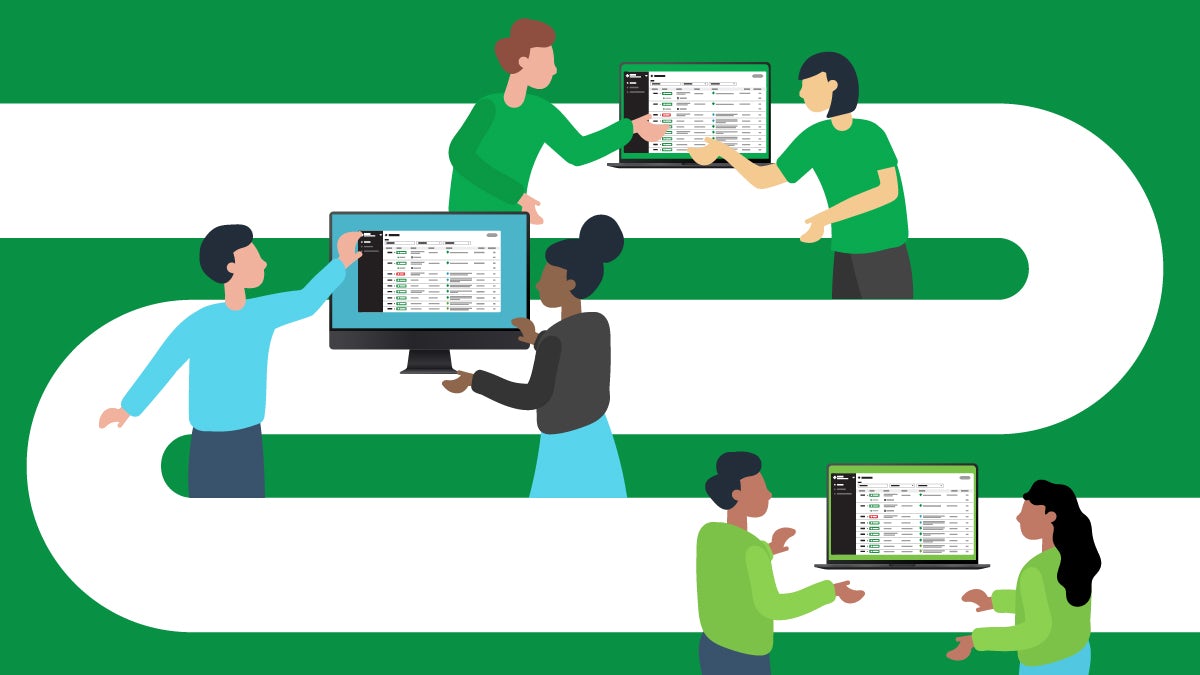 Pipelines, speed, and a new test summary: what you need to know about CircleCI's new UI 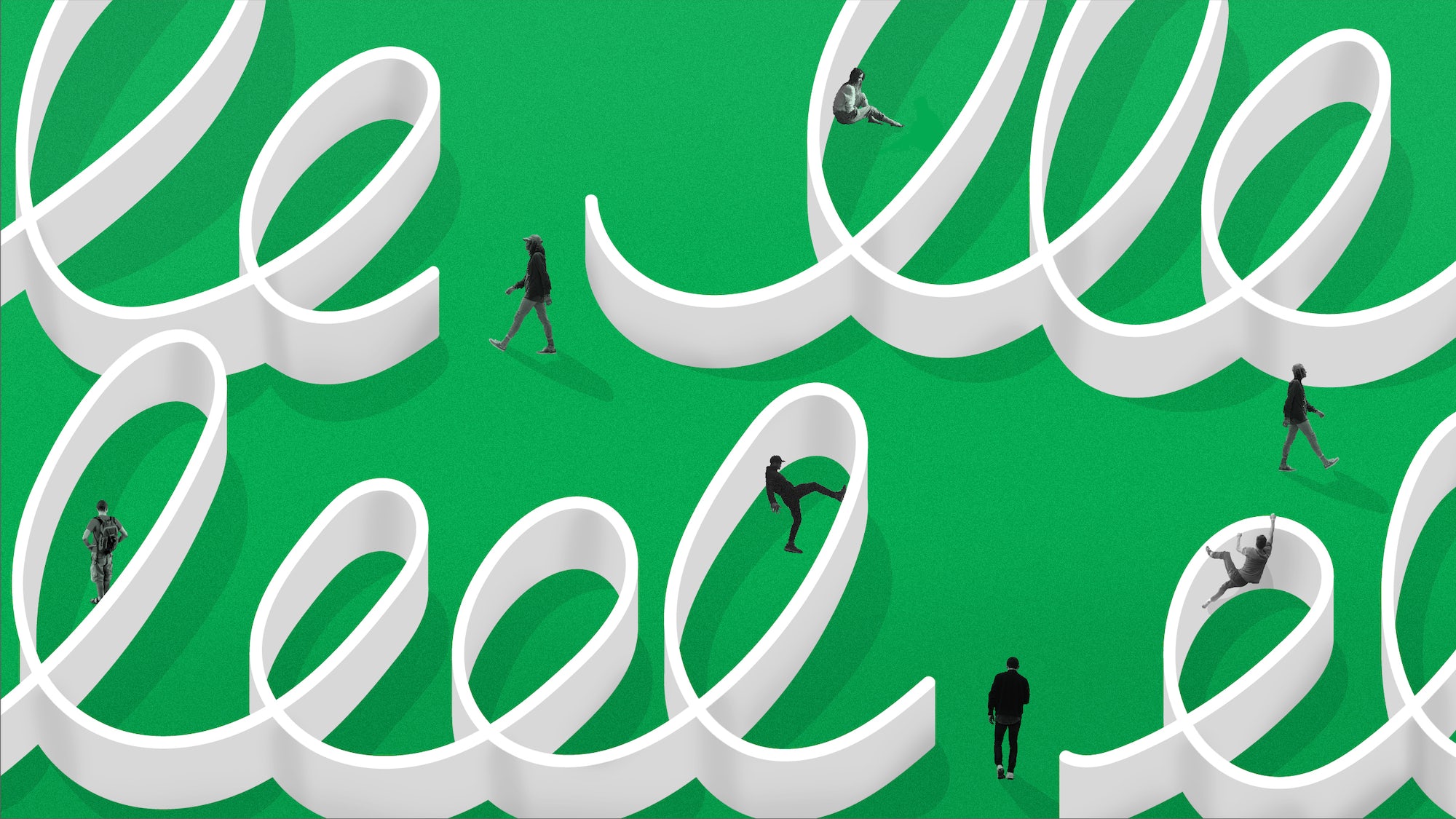 What almost failing the GRE taught me about barriers to entry