Caching is one of the most effective ways to make jobs faster on CircleCI. By reusing the data from previous jobs, you also reduce the cost of fetch operations. Caching is project-specific, and there are a number of strategies to help optimize caches for effectiveness and storage optimization.

Retaining caches for a long period of time will have storage cost implications, therefore, it is best to determine why you are retaining caches, and how long caches need to be retained for your use case. To lower costs, consider a lower storage retention for caches, if that suits your needs.

You can customize storage usage retention periods for caches on the CircleCI web app by navigating to Plan > Usage Controls. For information on managing network and storage usage, see the Persisting Data page.

When setting up caches for your projects, the goal is a 10x - 20x ROI (return on investment). This means you are aiming for a situation where the amount of cache restored is 10x - 20x the cache saved. The following tips can help you achieve this.

If your project has “flaky tests,” workflows might be rerun unnecessarily. This will both use up your credits and increase your storage usage. To avoid this situation, address flaky tests. For help with identifying them, see Test Insights). You can also consider configuring your projects to only rerun failed jobs rather than entire workflows. To achieve this you can use the when step. For further information see the Configuration Reference.

As an example, a workflow including three jobs running in parallel:

All running a similar set of steps:

The lint and code-cov jobs could be combined with no affect on workflow length, but saving on duplicate steps.

If no job ordering is used in a workflow all jobs run concurrently. If all the jobs have a save_cache step, they could be uploading files multiple times. Consider reordering jobs in a workflow so subsequent jobs can make use of assets created in previous jobs.

Check #partial-dependency-caching-strategies to see if there are tips for the language you are using.

Check cache is being restored as well as saved

If you find that a cache is not being restored, see this support article for tips.

Depending on what language and package management system you are using, you may be able to leverage tools that clear or “prune” unnecessary dependencies.

If you notice your cache usage is high and would like to reduce it:

Some dependency managers do not properly handle installing on top of partially restored dependency trees.

In the above example, if a dependency tree is partially restored by the second or third cache keys, some dependency managers will incorrectly install on top of the outdated dependency tree.

Instead of a cascading fallback, a more stable option is a single version-prefixed cache key:

Since caches are immutable, this strategy allows you to regenerate all of your caches by incrementing the version. This is useful in the following scenarios:

Safe to Use Partial Cache Restoration? Yes (with caution).

Since Bundler uses system gems that are not explicitly specified, it is non-deterministic, and partial cache restoration can be unreliable.

To prevent this behavior, add a step that cleans Bundler before restoring dependencies from cache.

Gradle repositories are intended to be centralized, shared, and massive. Partial caches can be restored without impacting which libraries are added to classpaths of generated artifacts.

Maven repositories are intended to be centralized, shared, and massive. Partial caches can be restored without impacting which libraries are added to classpaths of generated artifacts.

Since Leiningen uses Maven under the hood, it behaves in a similar way.

Safe to Use Partial Cache Restoration? Yes (with NPM5+).

With NPM5+ and a lock file, you can safely use partial cache restoration.

Safe to Use Partial Cache Restoration? Yes (with Pipenv).

Pip can use files that are not explicitly specified in requirements.txt. Using Pipenv will include explicit versioning in a lock file.

Yarn has always used a lock file for exactly these reasons.

1) --frozen-lockfile ensures a whole new lockfile is created and it also ensures your lockfile is not altered. This allows for the checksum to stay relevant and your dependencies should identically match what you use in development.

2) The default cache location depends on OS. --cache-folder ~/.cache/yarn ensures you are explicitly matching your cache save location.

However, for other language types, partial caches carry the risk of creating code dependencies that are not aligned with your declared dependencies and do not break until you run a build without a cache. If the dependencies change infrequently, consider listing the zero cache restore key first.

Then track the costs over time. If the performance costs of zero cache restores (also referred to as a cache miss) prove significant over time, only then consider adding a partial cache restore key.

Listing multiple keys for restoring a cache increases the chances of a partial cache hit. However, broadening your restore_cache scope to a wider history increases the risk of confusing failures. For example, if you have dependencies for Node v6 on an upgrade branch, but your other branches are still on Node v5, a restore_cache step that searches other branches might restore incompatible dependencies.

Language dependency manager lockfiles (for example, Gemfile.lock or yarn.lock) checksums may be a useful cache key.

It is also possible to lower the cost of a cache miss by splitting your job across multiple caches. By specifying multiple restore_cache steps with different keys, each cache is reduced in size, thereby reducing the performance impact of a cache miss. Consider splitting caches by language type (npm, pip, or bundler), if you know how each dependency manager stores its files, how it upgrades, and how it checks dependencies.

Certain languages and frameworks include more expensive steps that can and should be cached. Scala and Elixir are two examples where caching the compilation steps will be especially effective. Rails developers, too, would notice a performance boost from caching frontend assets.

Do not cache everything, but do consider caching for costly steps like compilation. 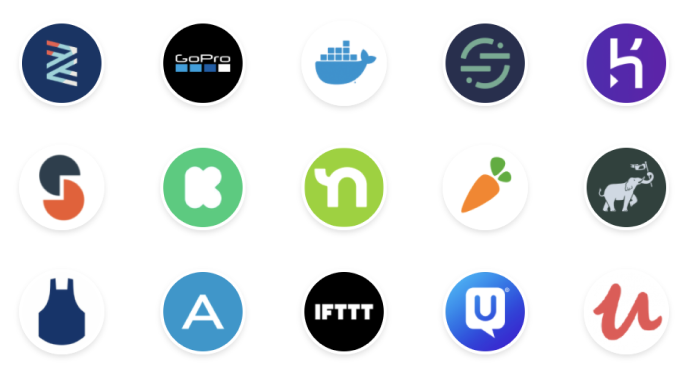