CircleCI orbs are open-source, shareable packages of parameterizable reusable configuration elements, including jobs, commands, and executors. Use orbs to reduce configuration complexity and help you integrate with your software and services stack quickly and easily across many projects.

Published orbs can be found on our Orb Registry, or you can author your own orb.

Using a private orb enables you to author an orb while ensuring the following:

By choosing to use a private orb instead of a public orb, you also need to understand certain limitations inherent in using private orbs, which include:

Public orbs are used by most users when authoring and publishing orbs to the CircleCI Orb Registry. When authoring a public orb, you are enabling all CircleCI users to use your orb in their own configurations.

Both public and private orbs can be authored in two ways:

The Orb Registry is an open repository of all published orbs. Find the orb for your stack or consider developing and publishing your own orb. 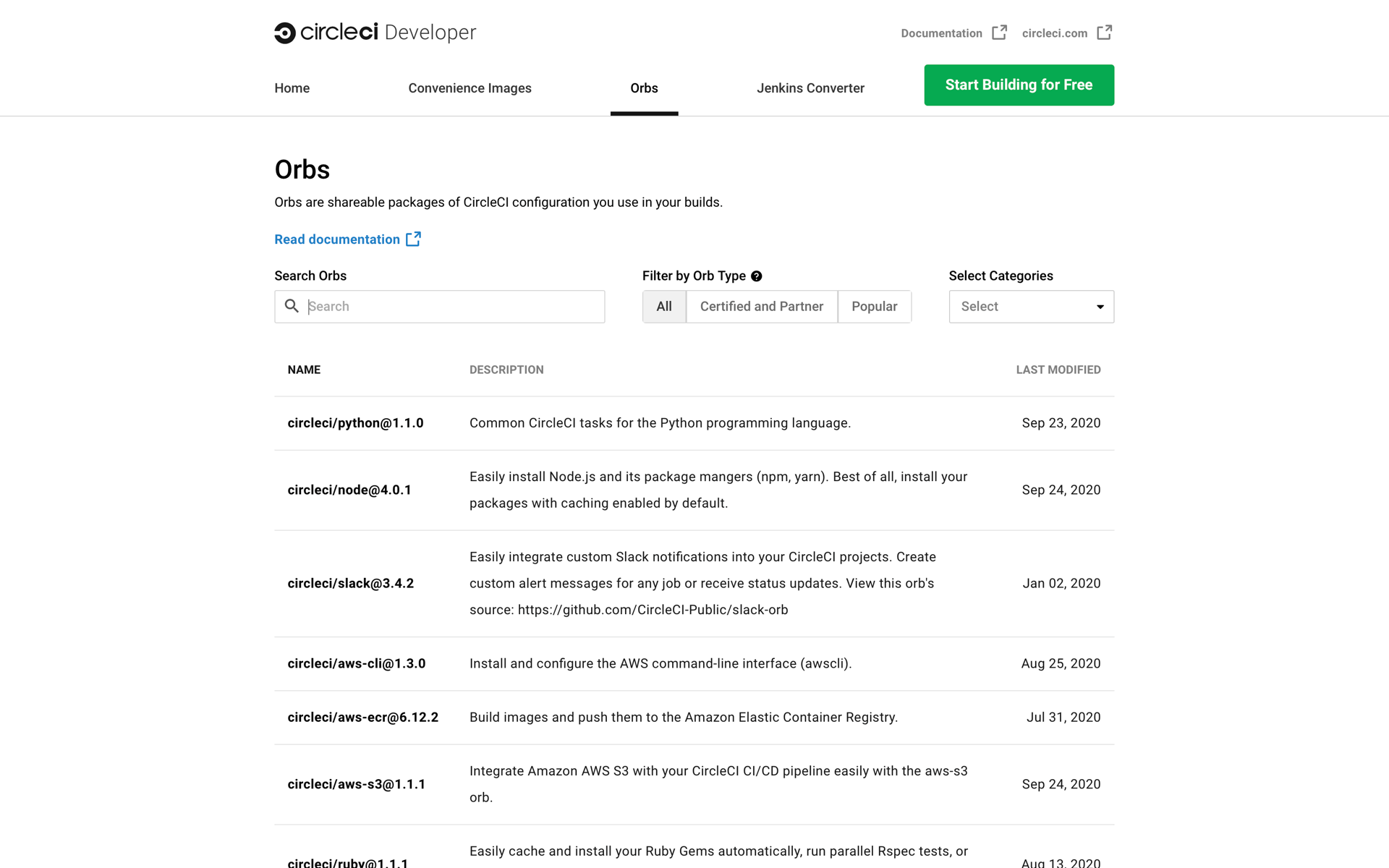 Orbs in the registry will appear with one of three different namespace designations:

Each orb contains its own description and documentation listed in the orb registry. Often, orbs will have a set of usage examples to get you started.

If you would like to contribute to an existing orb or file an issue on the orb’s repository, many orb authors will include the git repository link.

An orb is identified by its slug which contains the namespace and orb name. A namespace is a unique identifier referring to the organization authoring a set of orbs. The orb name will be followed be an @ symbol and a semantic version string, identifying which version of the orb is being used.

Each orb within the registry provides a sample code snippet for importing that specific orb with its most recent version.

The example below shows how to import an orb into your version: 2.1 config file. Create an orbs key followed by the orb-name key to reference which orb you want to import. The value for the orb-name key should then be the orb slug and version.

After the orb has been imported into the configuration file, the elements provided by the orb are available as <orb-name>/<element>. Orb elements can be used in the same way as reusable configuration elements. The Node example below shows how to use an orb command.

The Node orb provides a command, install-packages, to install your node packages, automatically enable caching, and provide additional options through the use of parameters. To use the install-packages command, reference it in a job’s steps.

Take the orbs course with CircleCI academy to learn more.