For jobs with lengthy running tests, where even one failed test requires immediate attention, waiting for feedback until all tests have run to completion results in wasted time and unoptimized credit usage.

Unlike fail-fast functionality built into specific test runners, the configuration settings described below are compatible out-of-the-box with CircleCI’s intelligent test splitting and parallelism. Previously, it was non-trivial for a user to instruct CircleCI to terminate a parallel run ( task) because a separate parallel run (task) found a test failure. The functionality described below is generic to any test runner.

A snippet of a basic CircleCI configuration file that executes Python tests and stores the test results in a new directory so they can be uploaded to CircleCI.

Breakdown of the configuration

Putting all the pieces together results in a job that executes the pytest tests and will terminate and provide feedback shortly after finding the first test failure.

If the --verbose setting is enabled, you should see in your step output a description of the number of batches processed. This is an indication that the job has been configured successfully with the fail-fast functionality.

Batches are groups of tests that have been divided, and will report status after completion. If a test failure is found when executing the group of tests in a given batch, the batch will return a failed status to CircleCI. With fail-fast enabled, once a batch has returned a failed status, CircleCI will prevent any subsequent batches from kicking off. Batch counts are set to 1 by default.

If no test splitting is enabled, batches execute sequentially as shown in the diagram shows below ("Plugin Manager" is a CircleCI component that manages state between batches). 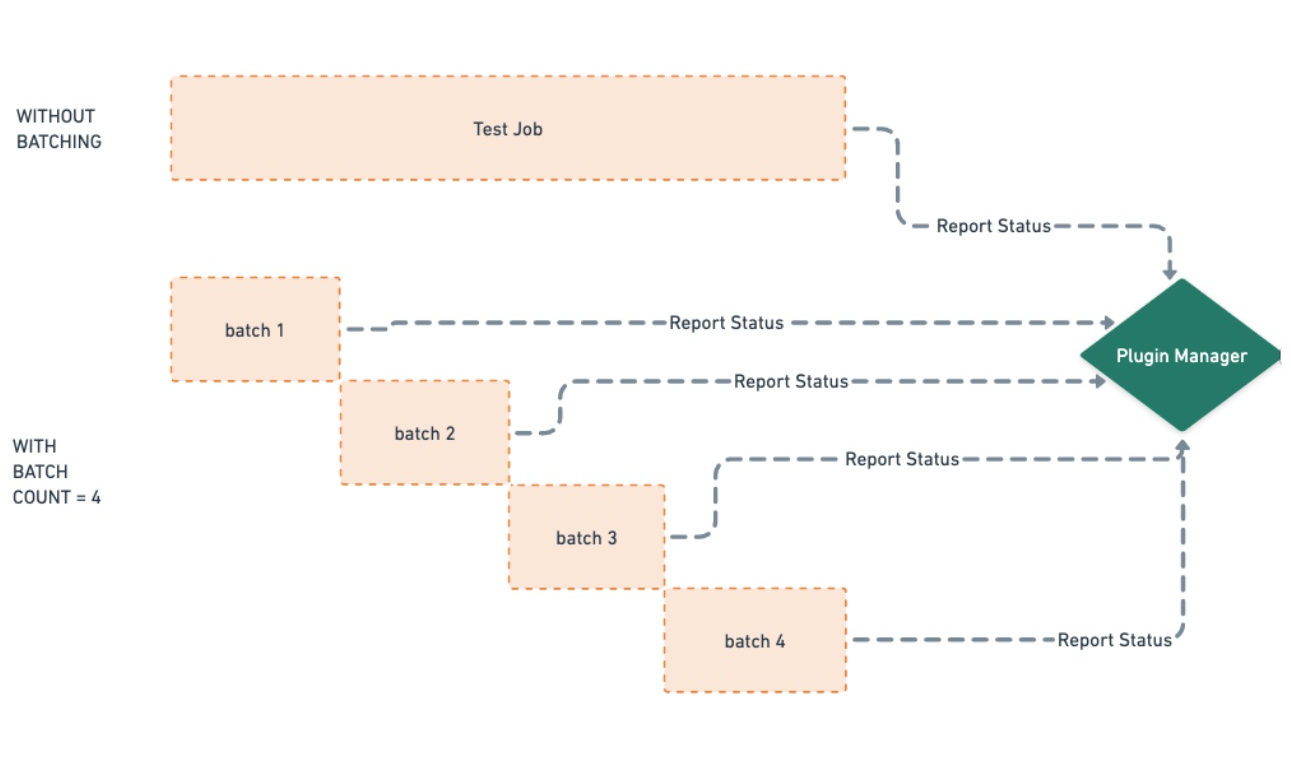 If test splitting is enabled, each parallel run (task) splits its tests in batches and batches are executed sequentially within that task, as shown in the diagram below. 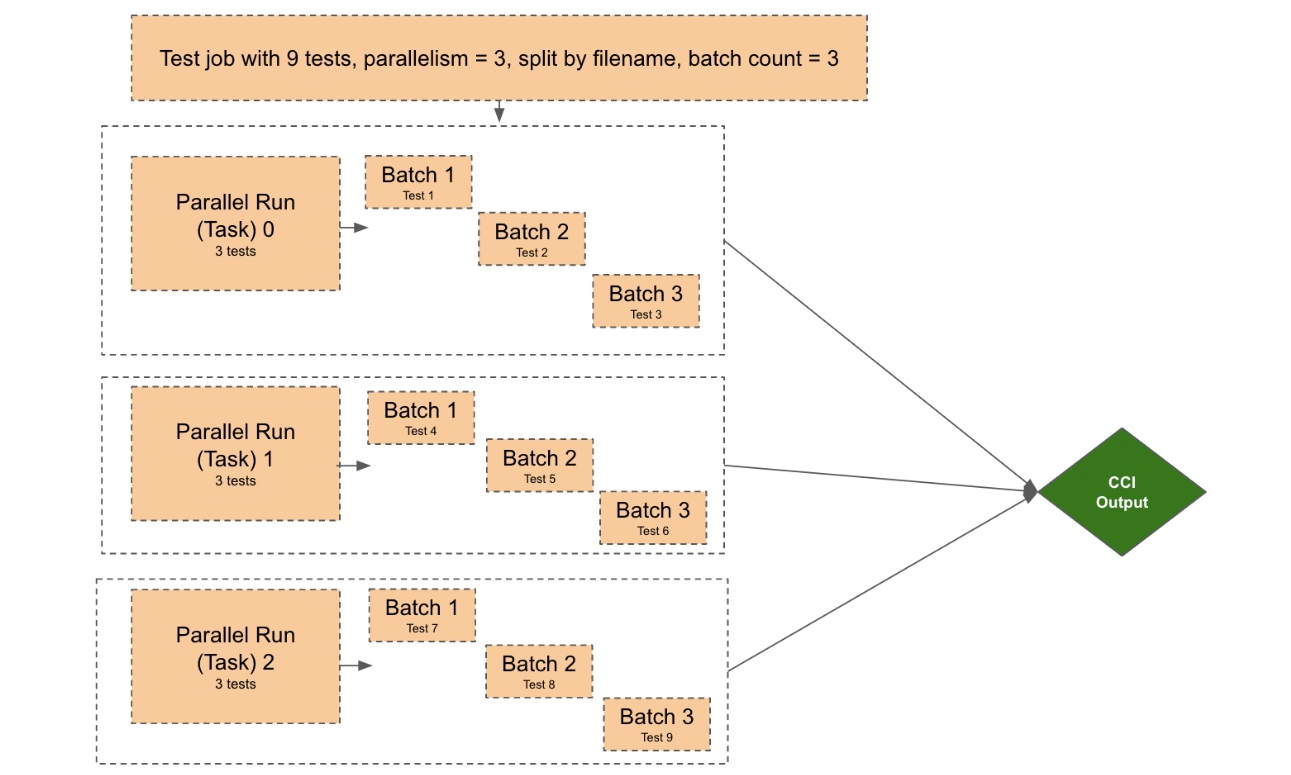 After each batch within a task finishes executing its tests, the task checks with CircleCI to see if it should keep going to the next batch. For example, if batch 1 in task 0 immediately fails its test, it will report that failure to CircleCI. After batch 1 from task 1 finishes executing, task 1 will check to see if it should go on to batch 2. Because there has already been a failure, batch 2 will not execute and the job will terminate.

Run Kaocha (Clojure) tests in five batches and fail as soon as one of the batches fails:

Question: Are batching and parallelism the same thing?

Question: What happens if I already have a fail-fast setting at the test runner enabled?

Answer: The test runner will honor whatever settings you give it, including options like jest’s bail. You may experience unexpected results if using a test runner’s fail-fast option in combination with the CircleCI fail-fast configuration.

Question: Does this functionality work with orbs (for example, the Cypress orb)?

Answer: We have internally tested the functionality with the Cypress orb successfully.

Question: How do I use the fail-fast functionality with CircleCI’s intelligent test splitting?

Answer: Follow the same instructions as the example above, and add append an additional parameter to your circleci tests run command: --split-by=name to split by filename, OR --split-by=timing to split by timing. See the Known limitations section for constraints at this time with splitting by timing. If you are using an existing job that uses test splitting, replace that configuration with the configuration following the guidance above and the parameters described in this bullet (for example, using circleci tests run instead of circleci tests split).