In my interactions at industry events like AWS re:invent and KubeCon, I talk with a lot of developers. Devs often tell stories of things that prevent them from working quickly and efficiently. Many involve frustrating interactions with sys admins, SREs, or DevOps colleagues. One story I have heard several times involves a conversation like this:

dev: Hey, SRE team. My build is failing and I don’t know what’s happening with the app in the build node. It’s failing on the CI/CD platform, but the build scripts are working fine in my developer environment. Can I have SSH access to the build node on the platform so that I can debug in real time?

SRE: How about in one hour?

dev: One hour? I need to finish this so I can start hacking on new features for the next release. Can you grant me access to the build node so that I can debug on the actual resource where my build fails?

SRE: Our CI/CD platform doesn’t have SSH access, and giving you my admin credentials is a security violation.

dev: What about the SSH plugin we installed? That let us send console commands to the builder node so we could capture responses in system logs.

SRE: Security flagged it as vulnerable under CVE-2017-2648 which enables Man-in-the-Middle attacks. Security banned its usage in our CI/CD platform. We don’t have SSH capabilities into the nodes to help you debug in real-time. Sorry.

It ends with the developer thinking:

dev: It’s going to take me forever to debug this build if I only use the unit test and stacktrace logs. I might as well be guessing.

Although this dialogue is a generalization, it is based on genuine interactions and situations that I’ve experienced in my career and heard about at events. It is very common scenario and most teams experience something like it.

When I hear this story from CircleCI users, I have a great solution for them: a useful and powerful debugging with SSH feature. This feature lets devs troubleshoot and debug builds on the resources where the build failed. Let me tell you about how it works.

Debugging code on resources and in environments outside of a developer’s normal development environment presents challenges that consume valuable time. Without features that enable a developer to access and troubleshoot failed builds, the CI/CD platform itself becomes a huge blocker for the developer and the SRE team. By not having SSH access to the build nodes, a developer has to resort to debugging the failed builds outside of the CI/CD environment where the build actually is failing. They have to try to replicate the CI/CD environment in their dev environment to accurately identify the issue, then attempt to resolve it using only application, stack trace, and system logs. These types of situations are a huge waste of time for everyone involved.

Accessing build jobs with SSH is easy when you are using CircleCI. I will run through a common build failure scenario to show how to troubleshoot a failed build job. Here is a sample config.yml for us to use in this scenario: 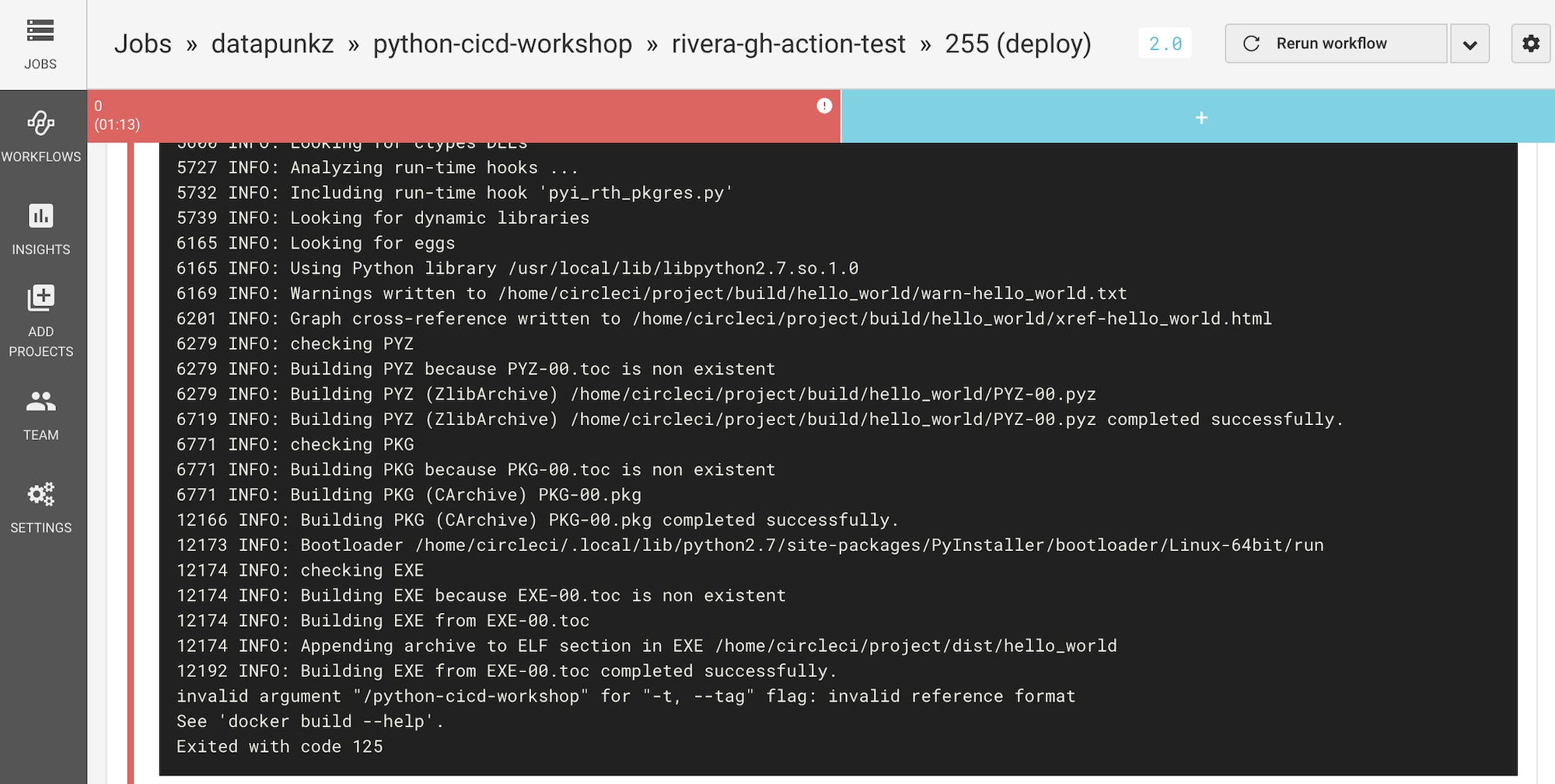 The failed job logs show that the failure occurs at the start of the Docker build process, as shown in this log entry.

Now that we know where things are failing in the pipeline, we can easily rerun this failed build with SSH access. When rerunning jobs with SSH access, the pipeline will run again and fail, just as it did before. But this time, the runtime node stays active and gives the user details about how to access the failed build resource.

Rerunning the job with SSH

To gain SSH access to the failed build, rerun the failed job from within the CircleCI dashboard.

This image shows an example of the access details the developer must use to access the resource using SSH.

The SSH access details are provided at the end of the build:

The Docker image name is defined in this line of the config.yml file and is composed of environment variables:

We have now verified that we are missing the $DOCKER_LOGIN environment variable. We can fix the build by adding both the missing $DOCKER_LOGIN and $DOCKER_PWD variables to the project using the CircleCI dashboard. Since the values for these variables are very sensitive, they must be defined and securely stored on the CircleCI platform. You can set the variables by following these instructions:

In the Add an Environment Variable dialog box, define the environment variables needed for this build:

Setting these environment variables correctly is critical to the build successfully completing.

Now that we have set the required environment variables for our build, we can rerun the failed build to test that our changes work. Go to the CircleCI dashboard and click Rerun from Beginning to kick off a rebuild of the project. Wait for your build to successfully complete.

In this post, I highlighted the need for SSH debugging of CI/CD pipelines. I demonstrated the power of CircleCI’s SSH feature and how any user can securely and easily access their execution environments and debug failed builds in real time. This feature empowers developers to quickly identify and fix their broken builds so that they can focus their time and attention to building the new and innovative features users want.

Automate the deployment of ASP.NET Core applications to Heroku

Continuous deployment of a Nest.js application to Heroku