For a full list of built-in environment variables, see the Project values and variables page.

Private environment variables enable you to store secrets safely, even when your project is public. Refer to the Building open source projects page for associated security and settings information.

Secrets masking is not available on version 2.x of self-hosted installations of CircleCI server.

Environment variables and contexts may hold project secrets or keys that perform crucial functions for your applications. Secrets masking provides added security within CircleCI by obscuring environment variables in the job output when echo or print is used.

Secrets masking is applied to environment variables set within Project Settings or Contexts in the web app.

The value of the environment variable or context will not be masked in the job output if:

Secrets masking will only prevent values from appearing in your job output. Invoking a bash shell with the -x or -o xtrace options may inadvertently log unmasked secrets (please refer to Using shell scripts). If your secrets appear elsewhere, such as test results or artifacts, they will not be masked. Additionally, values are still accessible to users debugging builds with SSH.

Environment variables are used according to a specific precedence order, as follows: 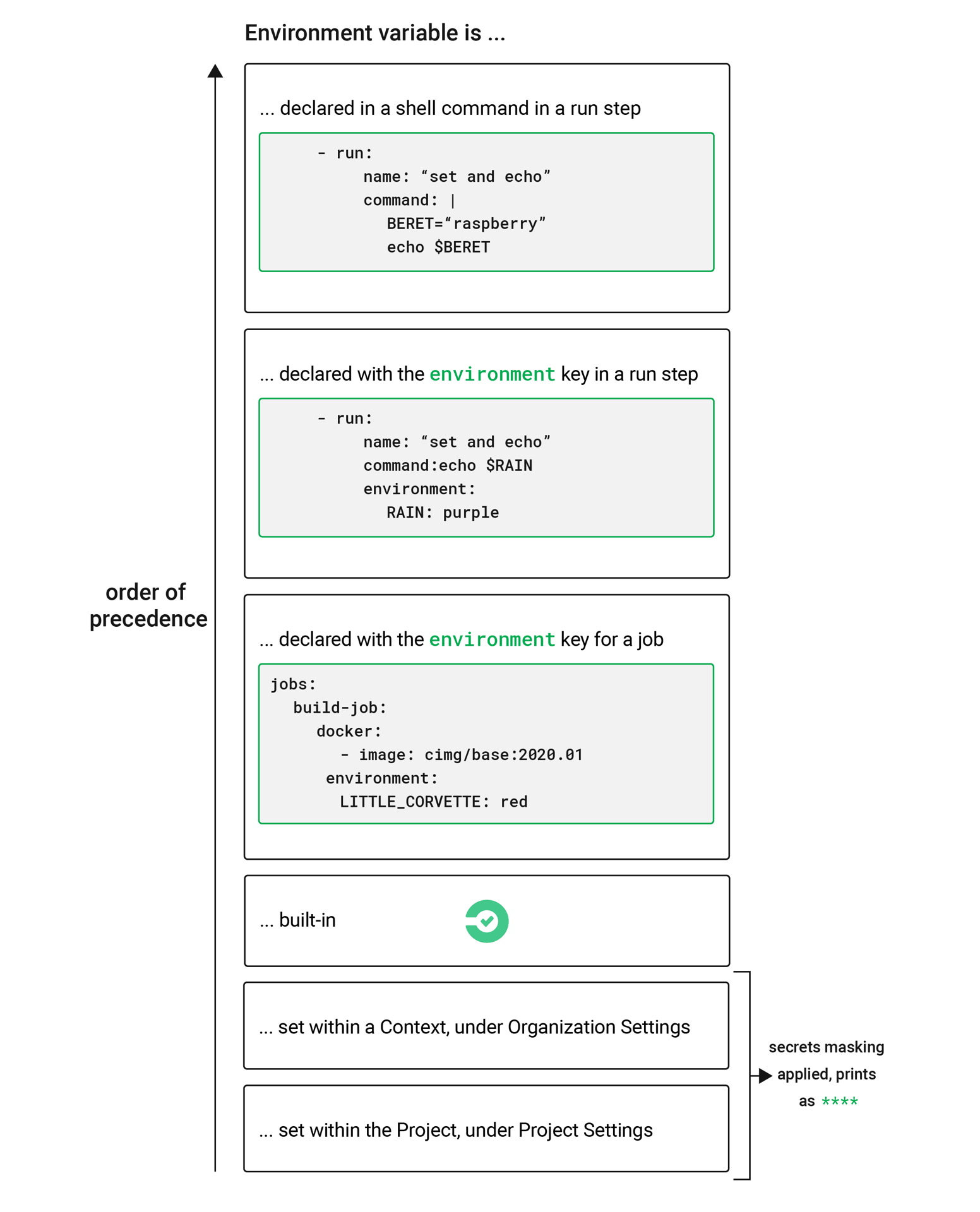 Consider the example .circleci/config.yml below:

The above .circleci/config.yml demonstrates the following:

When the above configuration runs, the output looks like the below image. Notice the environment variables stored in the project is masked, and displays as ****: 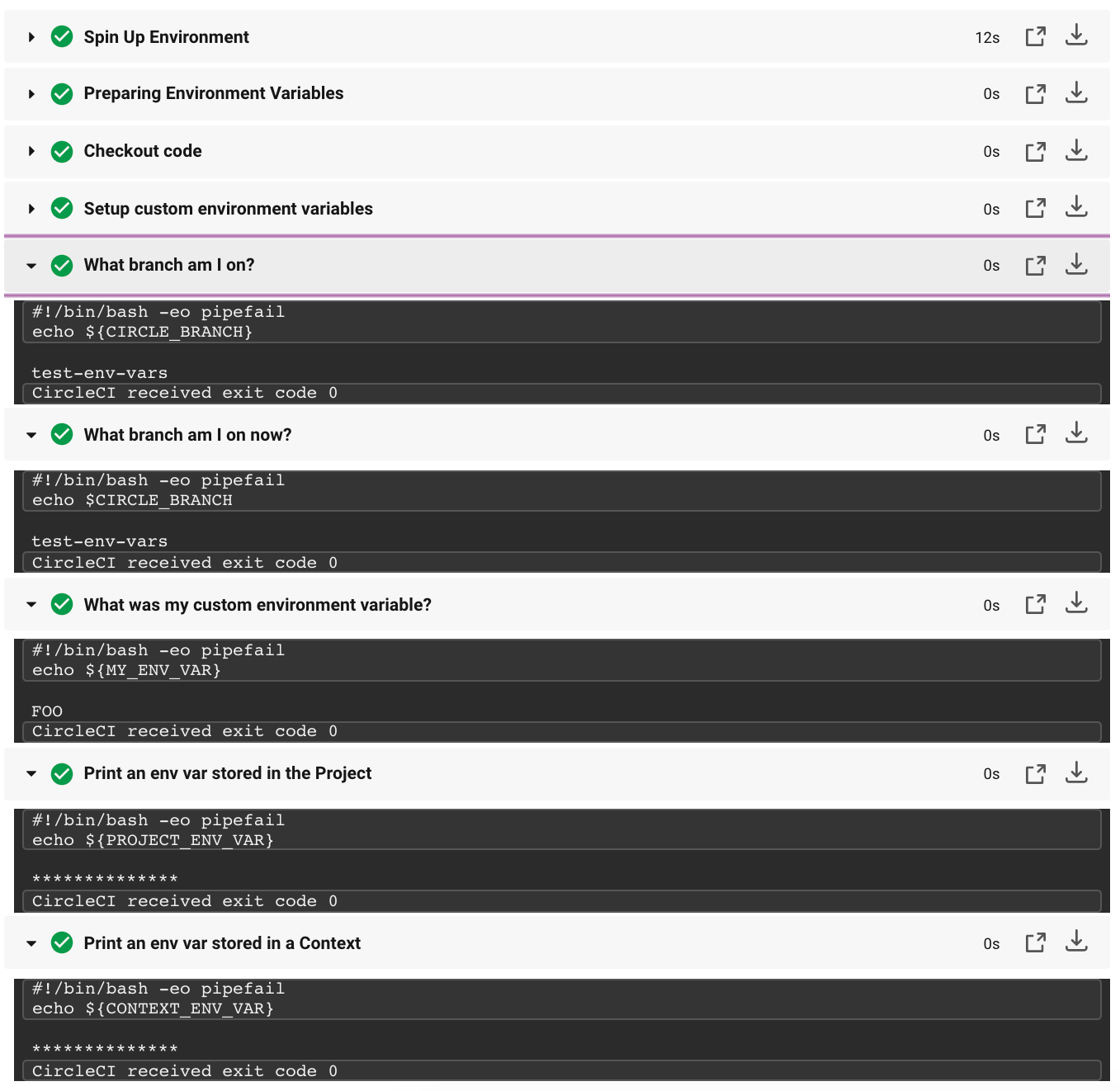 Notice there are two similar steps in the above image and configuration - “What branch am I on?” These steps illustrate two different methods to read environment variables.

In the example configuration above, two syntaxes are used: ${VAR} and $VAR. Both syntaxes are supported. You can read more about shell parameter expansion in the Bash documentation.

In general, CircleCI does not support interpolating environment variables in the configuration. Values used are treated as literals. This can cause issues when defining working_directory, modifying PATH, and sharing variables across multiple run steps.

In the example below, $ORGNAME and $REPONAME will not be interpolated.

An exception to this rule is using project environment variables to pull private images.

You can reuse pieces of configuration across your .circleci/config.yml file. By using the parameters declaration, you can pass values into reusable commands, jobs, and executors:

For more information, read the documentation on using the parameters declaration.

Another possible method to interpolate values into your configuration is to use a run step to export environment variables to BASH_ENV, as shown below.

In every step, CircleCI uses bash to source BASH_ENV. This means that BASH_ENV is automatically loaded and run, allowing you to use interpolation and share environment variables across run steps.

The $BASH_ENV workaround only works with bash, and has not been confirmed to work with other shells.

An image that has been based on Alpine Linux (like Docker), uses the ash shell.

You can further restrict access to environment variables using contexts. Contexts are set from the Organization Settings in the CircleCI web app.