For many software engineers and developers, using standard libraries or built-in objects is just not enough. To save time and increase efficiency, most developers build on work done by others. Whatever the coding problem, there is likely another programmer who has already created a solution for it. There is usually no need to repeat the problem-solving process. This principle is known as Do not Repeat Yourself or DRY.

Code that goes beyond the standard library is often shared between individuals, teams, and even the entire coding community. If you have solved a coding problem, you can make it publicly available as an open source codebase for other developers to benefit from. These collections of code are called packages.

In this tutorial, we will build a simple Python package and create a continuous integration (CI) pipeline for it.

If you are using a popular programming language like JavaScript or Python there will be tools available for publishing your open source packages. For JavaScript, you can use Node Package Manager (NPM). For Python, you can use the Python Package Index, also known as (PyPI). We will be using PyPI for this tutorial.

To complete this tutorial you will need: 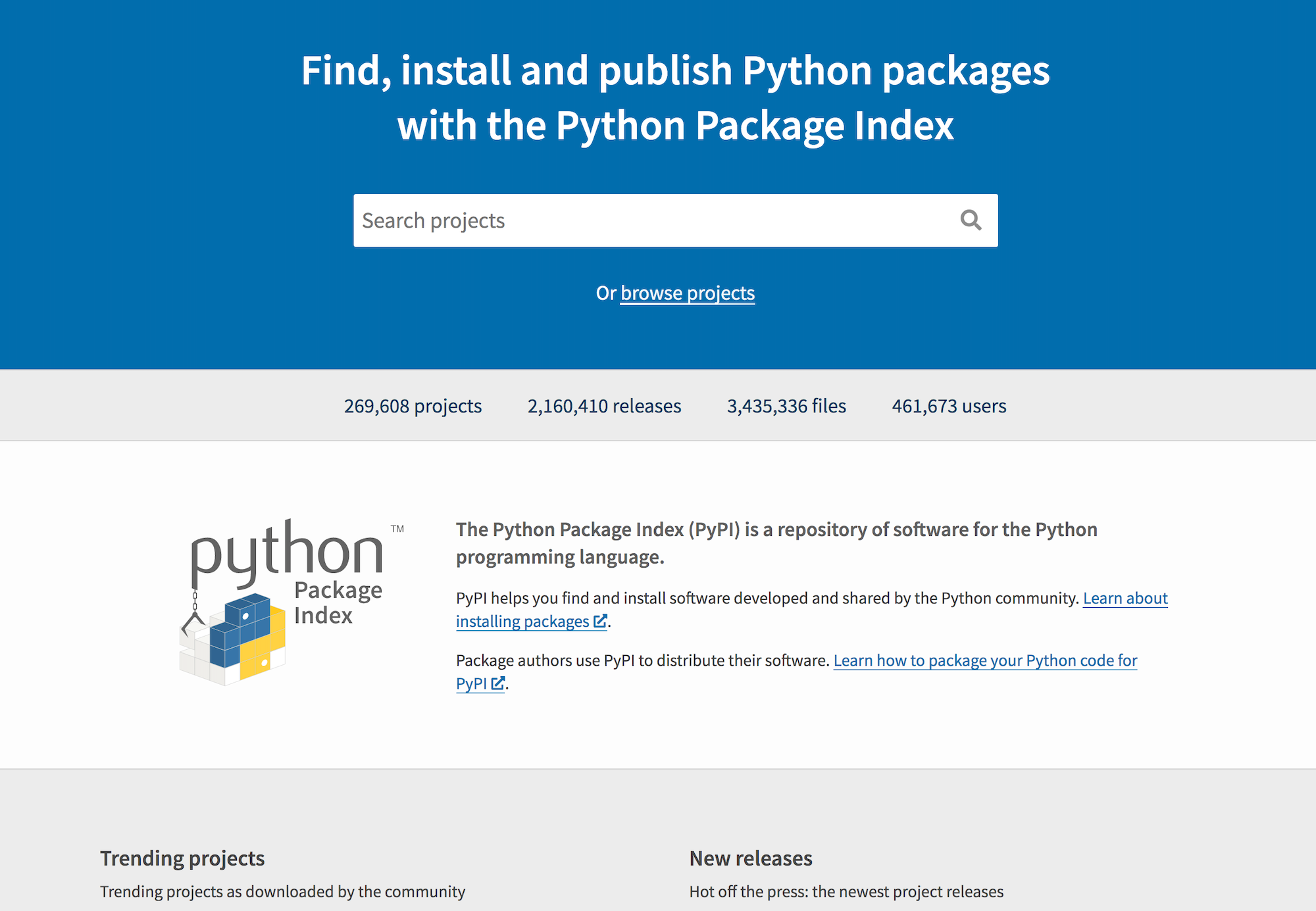 Our first task is to create a simple conversion package that can demonstrate package functionality in a short amount of time. The package we create will allow a programmer to convert values for:

Using a typical package maintenance workflow as our model, we will provide updates over time that extend the usefulness of the package and improve security. We will use a changelog to keep track of updates and inform users of the changes. More on that later.

Choose a location in your system and create a project:

With the project created and named, we can begin building functionality to convert temperature from fahrenheit to celsius and back). The logic will be contained in the file temperature.py.

Copy this code and paste it into the ./convrsn/temperature.py file:

Copy this code into setup.py, and then update author and author_email using your information:

To finish this step, can use the GitHub .gitignore template for Python. Copy the contents into this projects’s .gitignore file.

The code should be similar to this.

Clone it by running:

Before we begin this step, I should mention that I’m using Python3. Depending on your Python installation, you may need to use python3 instead of python, as shown in the example.

In your terminal (at the root of the project) run:

This command creates a source distribution and a shareable wheel that can be published on pypi.org.

To test this, create a virtual Python environment.

Note: Use a different location to prevent name-clashing between modules.

Then, install the convrsn package using the wheel distribution. Depending on your Python installation, you may need to use pip3.

To test, run the script while still in the virtual Python environment.

Our Python package is ready for publishing.

In this step of the tutorial, we will follow the workflow a real-life package creator and maintainer might use. First, we will first publish our package to test.pypi.org to make sure everything is working. When we are ready to publish to our package users, we will move on to pypi.org.

Python Packaging Authority (PYPA) have a nifty package to help with this called twine. We will install twine then publish to test.pypi.org. You will be asked to enter your credentials for the site.

In your terminal, navigate to the root folder of your package and run:

In a separate Python virtual environment, pip install the package. When you run pip install <package-name>, pip searches for the package files in the official Python Package Index, on pypi.org.

Here is how mine executed.

Success! Now we can automate the publishing process with CircleCI.

It is no secret that CircleCI is great for automating scripts. It turns out it is also great for creating a repeatable process for package publication. We will create a process that can:

To begin, create a folder named tests. In it, create a file and name it test_temperature.py. In tests/test_tempertaure.py, enter:

While you are in the Python virtual environment containing our convrsn package, go to the root folder. Pip install pytest, then run the pytest command:

Both tests should pass successfully.

Next, add a CircleCI configuration file to the project. Create a folder named .circleci. In the new folder, create a file named config.yml. In .circleci/config.yml, copy and paste:

This configuration file instructs the pipeline to install the necessary dependencies, run tests, and publish the package. The workflow part of the configuration specifies filters, the sequence the jobs should be executed in, and their dependencies.

Connecting the project to CircleCI

Begin by pushing your project to GitHub.

Your repository should be similar to this.

Now, go to the Add Projects page on the CircleCI dashboard. Click Set Up Project.

Click Use Existing Config (because we already have our own config file). In the modal that appears click Start Building.

CircleCI picks the default branch, so if you use a branch without the .circleci/config.yml file, you will get a build error. The build_test job will pass, but if you are in either the main or develop branches, expect the build to fail. That is because the test_pypi_publish and pypi_publish jobs cannot run yet.

Although Test PyPI credentials were expected when we published the package using twine, we could not interact with the terminal while it was running the command in the pipeline. To supply these credentials, we could add flags to the command: twine upload -u USERNAME -p PASSWORD. However, because the config file is tracked by Git, and our Git repository is public, using the flags would be a security risk. We can avoid this risk by creating environment variables.

While still on the CircleCI project (python-package), click Project Settings on the top right part of the page.

Enter the key-value pairs of TWINE_USERNAME and TWINE_PASSWORD. This is the expected result.

In your local project, create a file named CHANGELOG.md and enter:

To make sure the build succeeds, we also need to bump the version in setup.py to 0.0.2 to match the change log.

Note: If you don’t bump the version, the publishing job will fail because you cannot publish the same version twice.

Commit the changes and push to GitHub to trigger a build.

To extend the package’s functionality, you can create another branch and make updates to it. After that:

When you have a successful build, create a GitHub Pull Request (PR) to the develop branch. If it looks good, merge it. When that build succeeds, create a PR to the main branch, review it, and merge.

Take a look at these example pull requests:

The package on Test PyPI and on PyPI has the additional functionality of distance conversion from kilometer to miles and the reverse. The PRs were merged when builds were successful.

There you have it, a successful, repeatable process suitable for a Python package maintainer enabled by CI/CD. We went through setting up a Python package project, creating Python wheels, and installing a package using a whl file. We published the package from a local machine and then automated the process using CircleCI.

Stanley is a Software Engineer and Technical Copywriter who has worn several hats, including technical team leadership and community engagement. He describes himself as a digerati (literate in the digital space).