Your software development team has an enormous number of tools available to them. Some older tools are being used in new ways, which has inspired the creation of more new tools to choose from. For example, JavaScript has grown from a language used to add interactivity on websites to a full-stack language for both frontend and backend needs. JavaScript has paved the way for Express, Nest.js, and many others.

Just as dev teams can now build APIs with JavaScript, they can also build web applications powered by Python. This is supported by mature frameworks like Flask and Django. And more tooling providers are adding support for Python-based applications in their service offering.

In addition to a basic understanding of Django and Python, you will need these items to get the most from this tutorial:

Clone the sample Django project by running this command:

Next, go to the root of the new folder created by the previous command. Set up the project by running these commands: 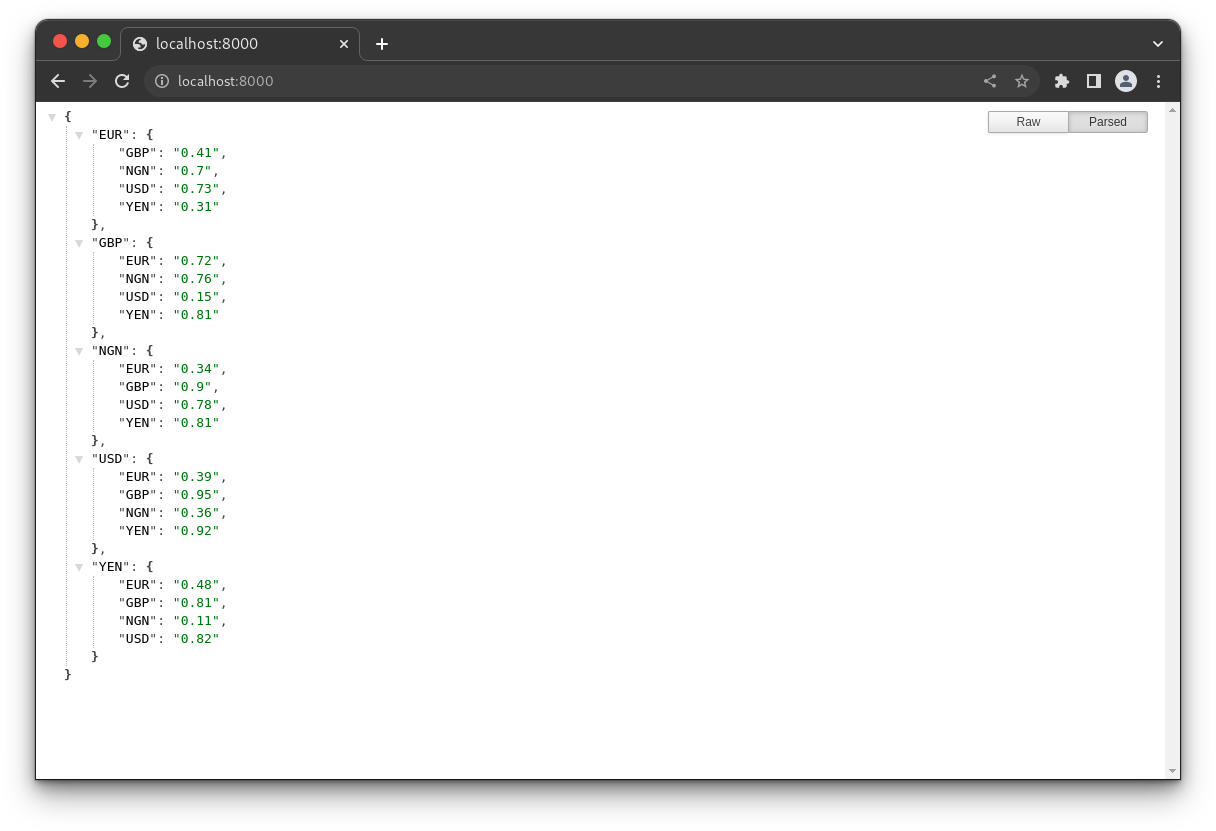 Now that you have the application running locally, it is a good idea to review your deployment strategy. There is no need for any project code changes other than including the configuration file to set up deployment for CircleCI.

Here is a list of the deployment strategy steps:

Deploying the app to Elastic Beanstalk

In the project directory, create a new directory named .ebextensions.

In the .ebextensions directory, create a new file named django.config and add this to it:

The WSGIPath starts with the directory containing your wsgi.py script. It will be used to start your application.

Next, initialize your EB CLI repository using this command:

If you did not provide an access-id and secret-key when installing the awsebcli, you will see an error similar to this:

Provide a valid aws-access-id and aws-secret-key to complete the set up process. If you don’t have one already, you can follow the steps in the next section. 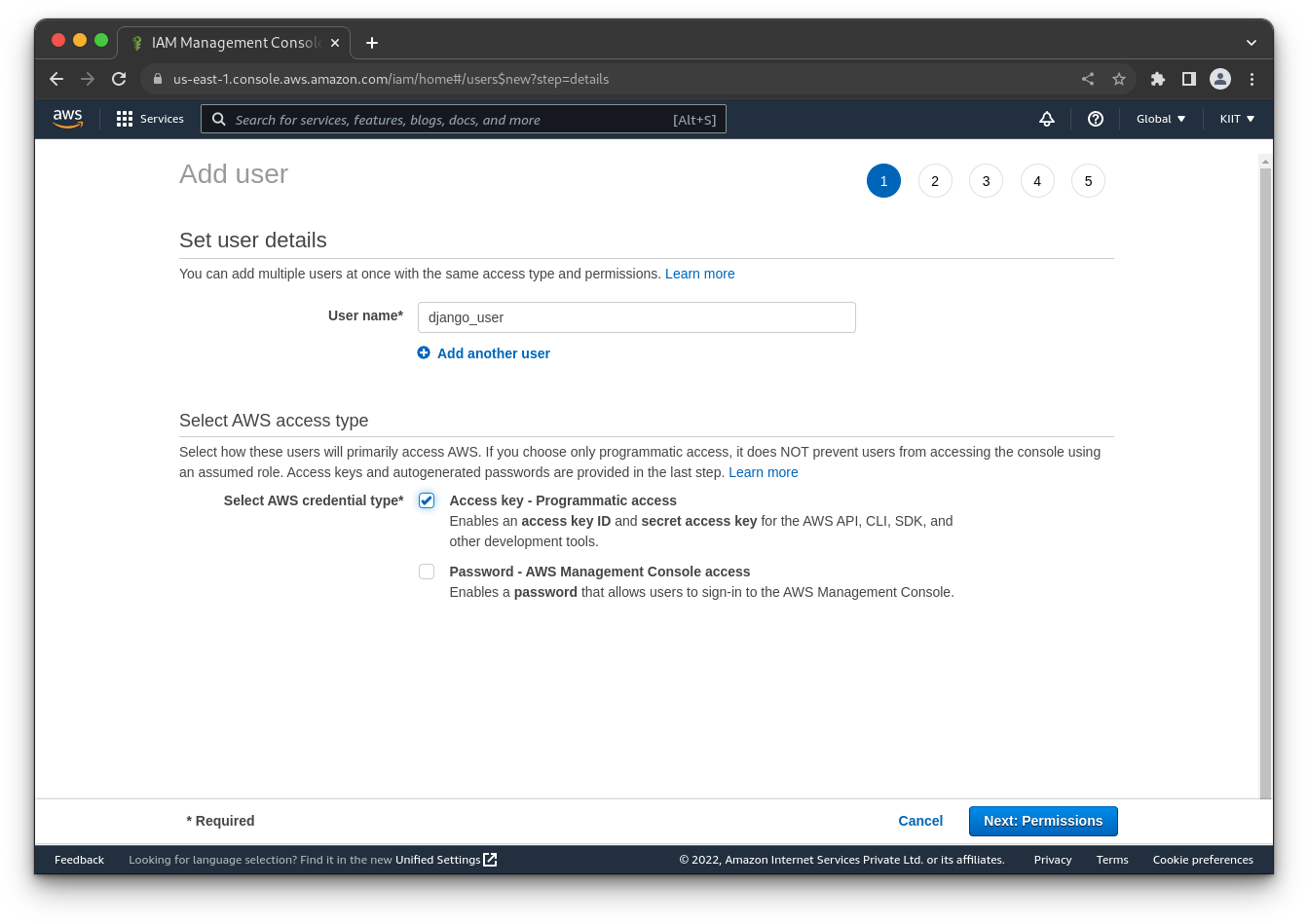 Next, select the permissions for the user. 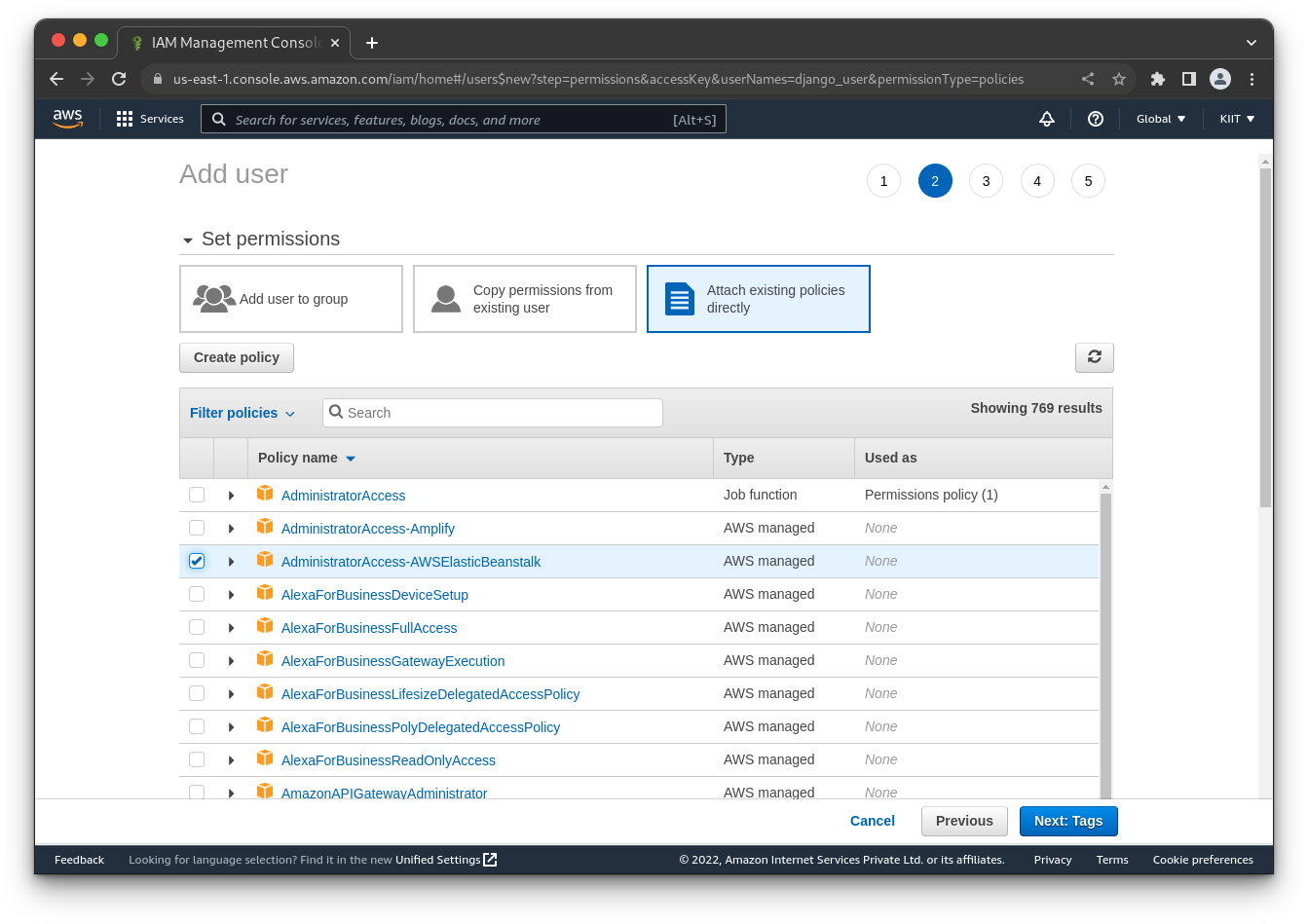 The previous screenshot shows the minimum needed to manage your application on AWS Elastic Beanstalk.

You will be greeted with a success message along with your user credentials. This page is displayed just once so, make a note of the Access Key ID and the Secret access key. These will be used later on in this tutorial. You can download a CSV file that contains the credentials. 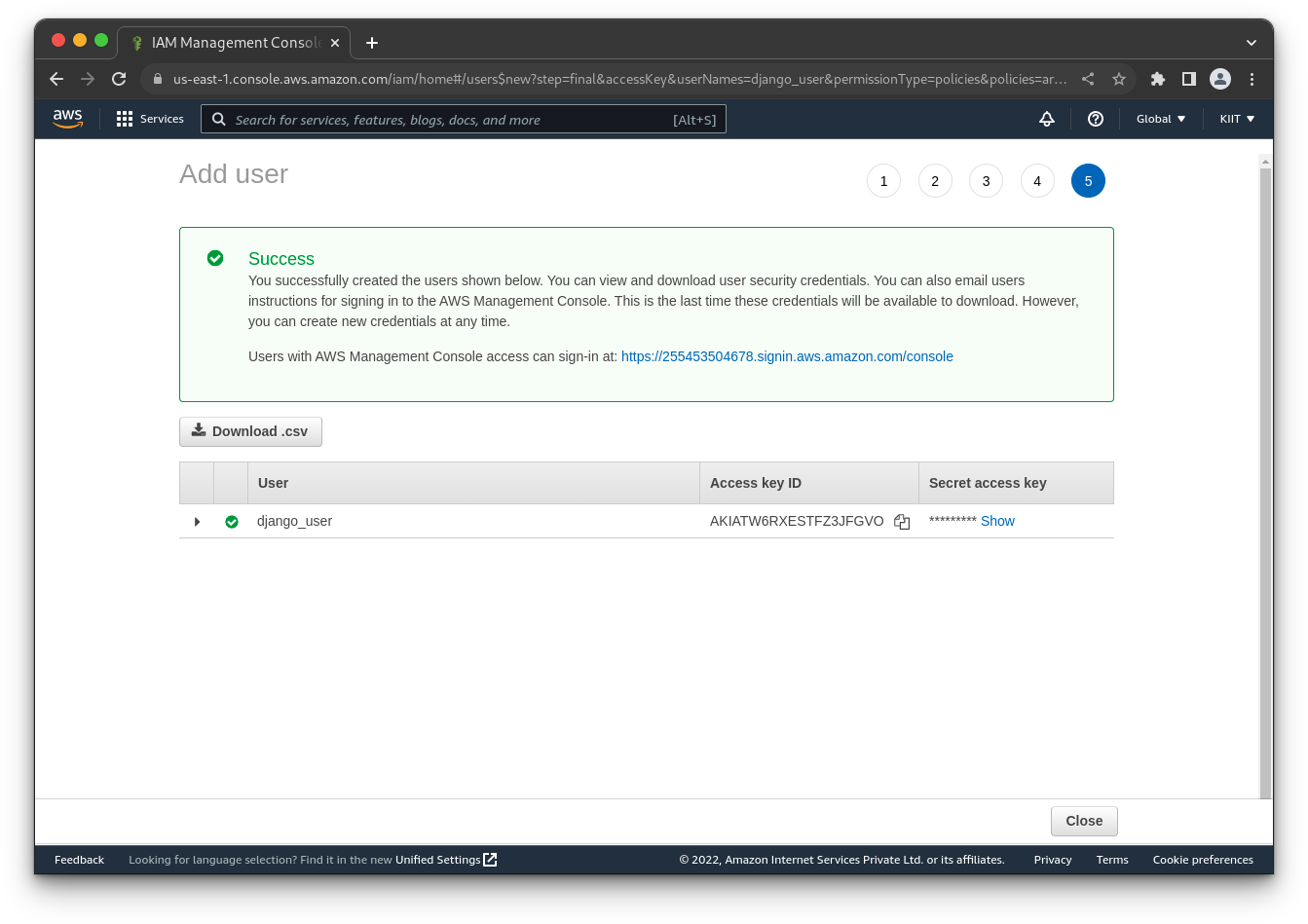 Use these credentials to authenticate awsebcli and continue with the deployment process.

This creates an Elastic Beanstalk environment named django-env; it takes about five minutes. Once the process is completed, you can find the domain for the new environment by running this command:

The domain name is the value of the CNAME property.

Once the application has been deployed, add the CNAME property to the ALLOWED_HOSTS setting in exchangeRateApi/settings.py.

Next, deploy the changes. Because you are using git for version control, you will need to commit your changes before running eb deploy.

Now, run the eb status command again. This time, the health status should be GREEN. Paste the CNAME property in your browser to review your API. 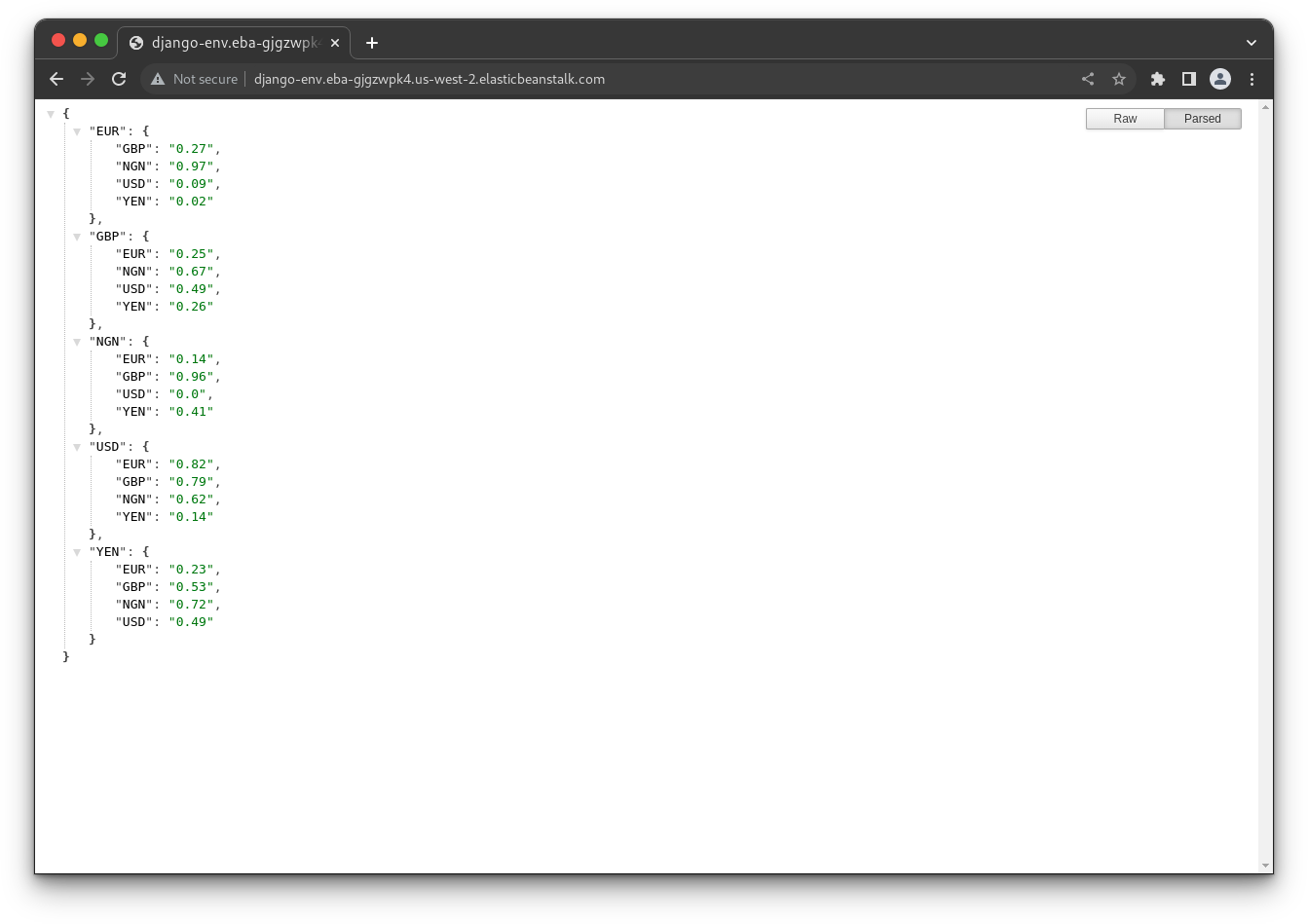 This configuration uses two orbs provided by CircleCI. The python orb gives access to a Python environment (with pip installed), which is used to test the updates before deploying them to AWS. All of this happens in the build job. The eb orb deploys the changes to the environment you created in an earlier step.

After the workflow finishes running the build job, the deploy job from the eb orb deploys the changes. The requires key ensures that the build job runs first. The application name, environment name, and platform version are specified for the job. A context named aws-credentials is passed to the job. You will create this context later in the tutorial.

Commit and push your changes to git:

From your CircleCI dashboard, go to the Organization Settings page. Select Contexts, then click the Create Context button. Enter a unique name for your context. Your context appears in a list with security set to All members. That means that anyone in your organization can access this context at runtime. As specified in the .circleci/config.yml configuration for this tutorial, the context name should be aws-credentials. 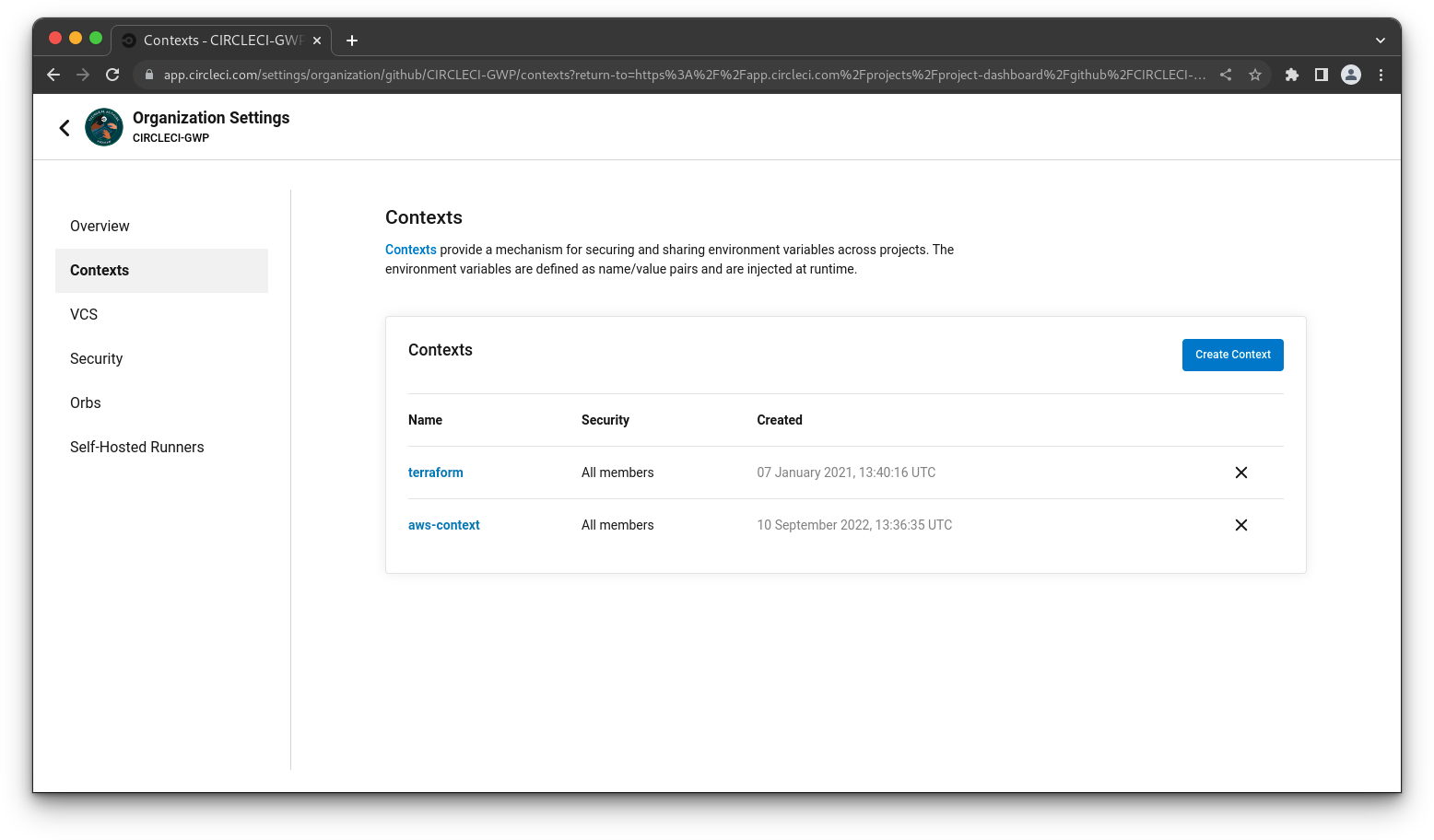 Next, select the aws-credentials context. 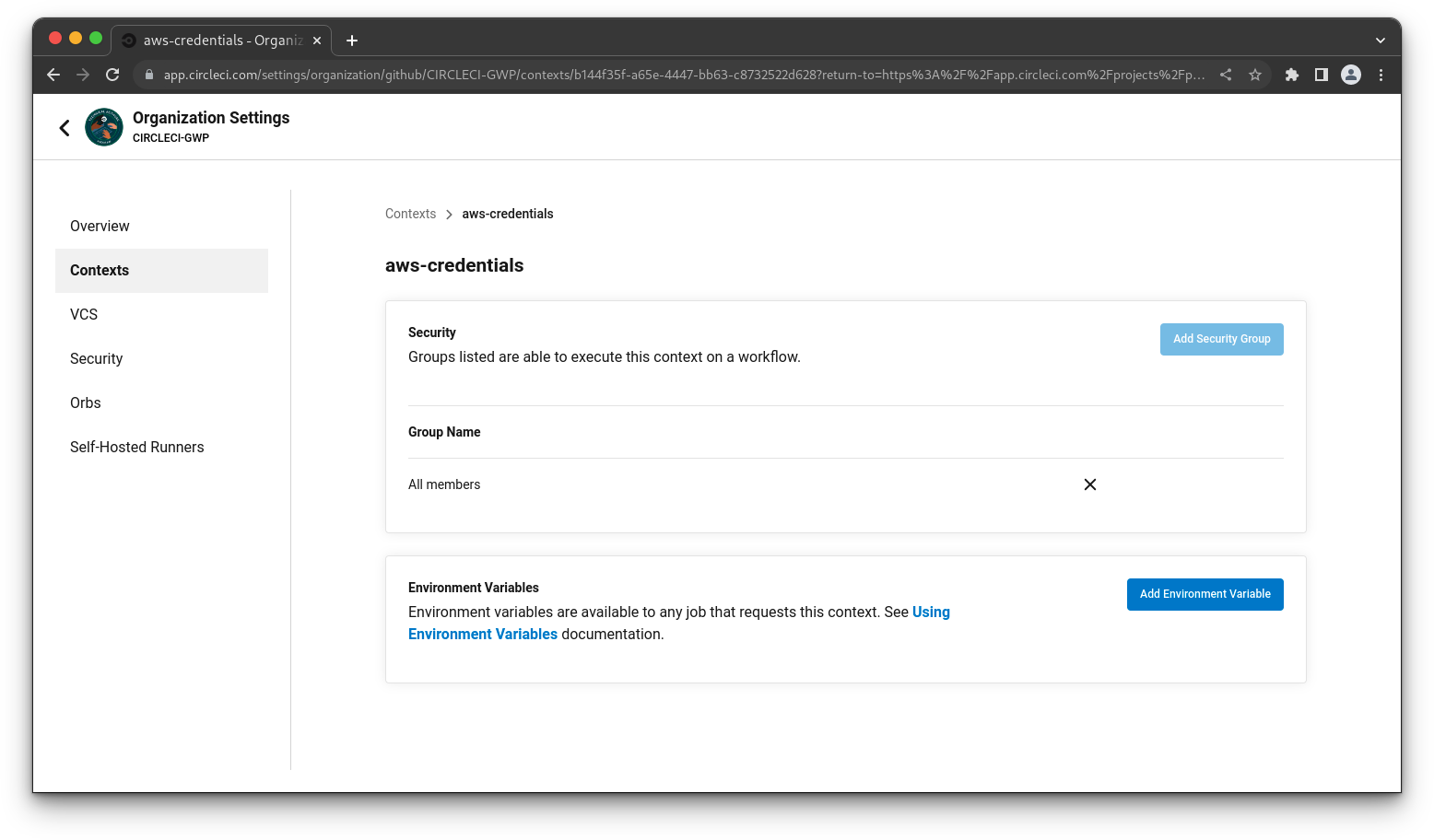 The value of AWS_DEFAULT_REGION is specified in the .elasticbeanstalk/config.yml file in the project, under the global section.

Connecting the application to CircleCI

Next, you need to set up a repository on GitHub and link the project to CircleCI. Review Pushing a project to GitHub for instructions. 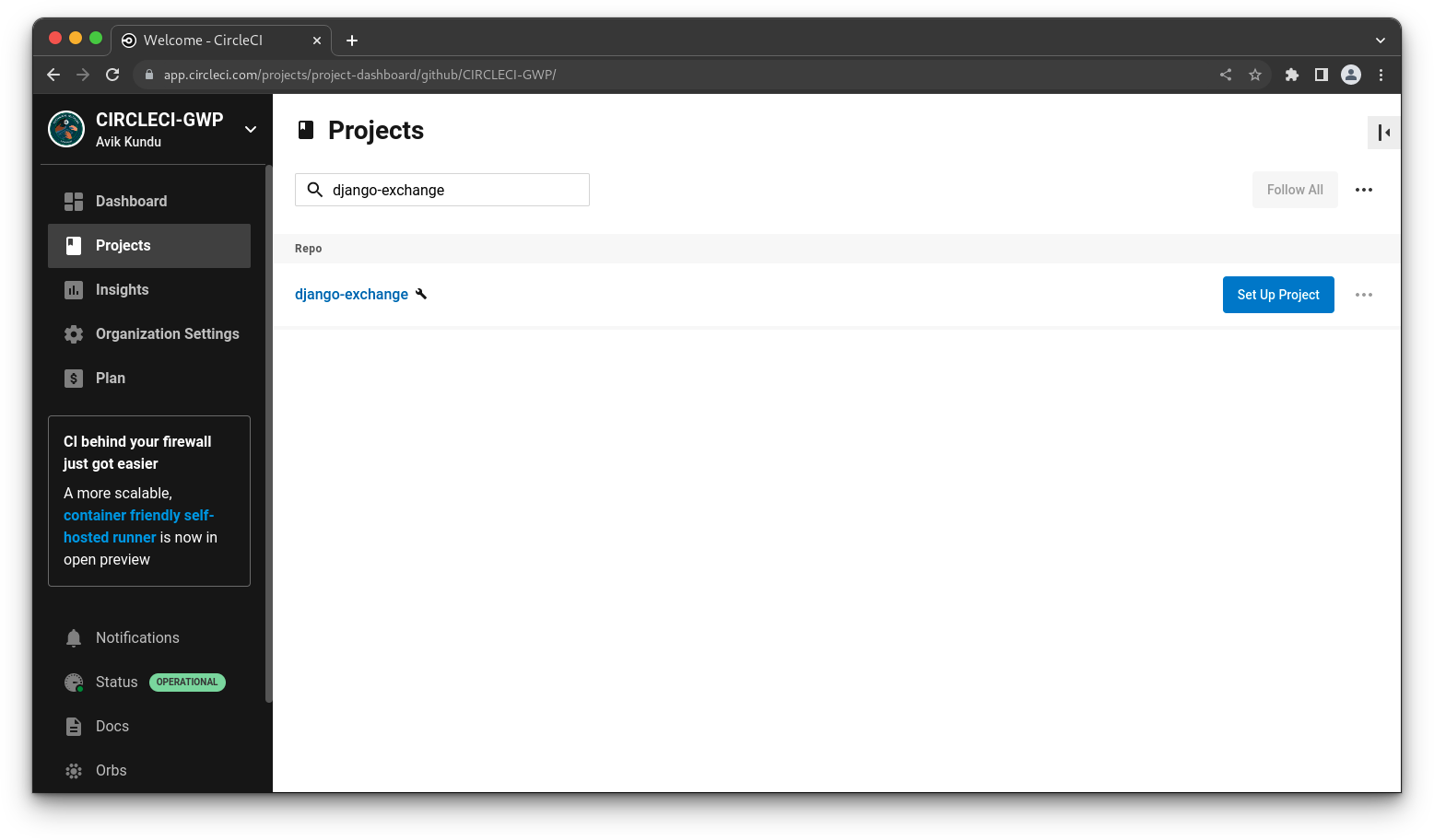 Click Set Up Project next to your django-exchange project.

You will be prompted to either write a new configuration file or use the existing one in your project. Select the existing one and enter the name of the branch where your code is housed on GitHub. Click Set Up Project.

Your first workflow will start running and complete successfully. 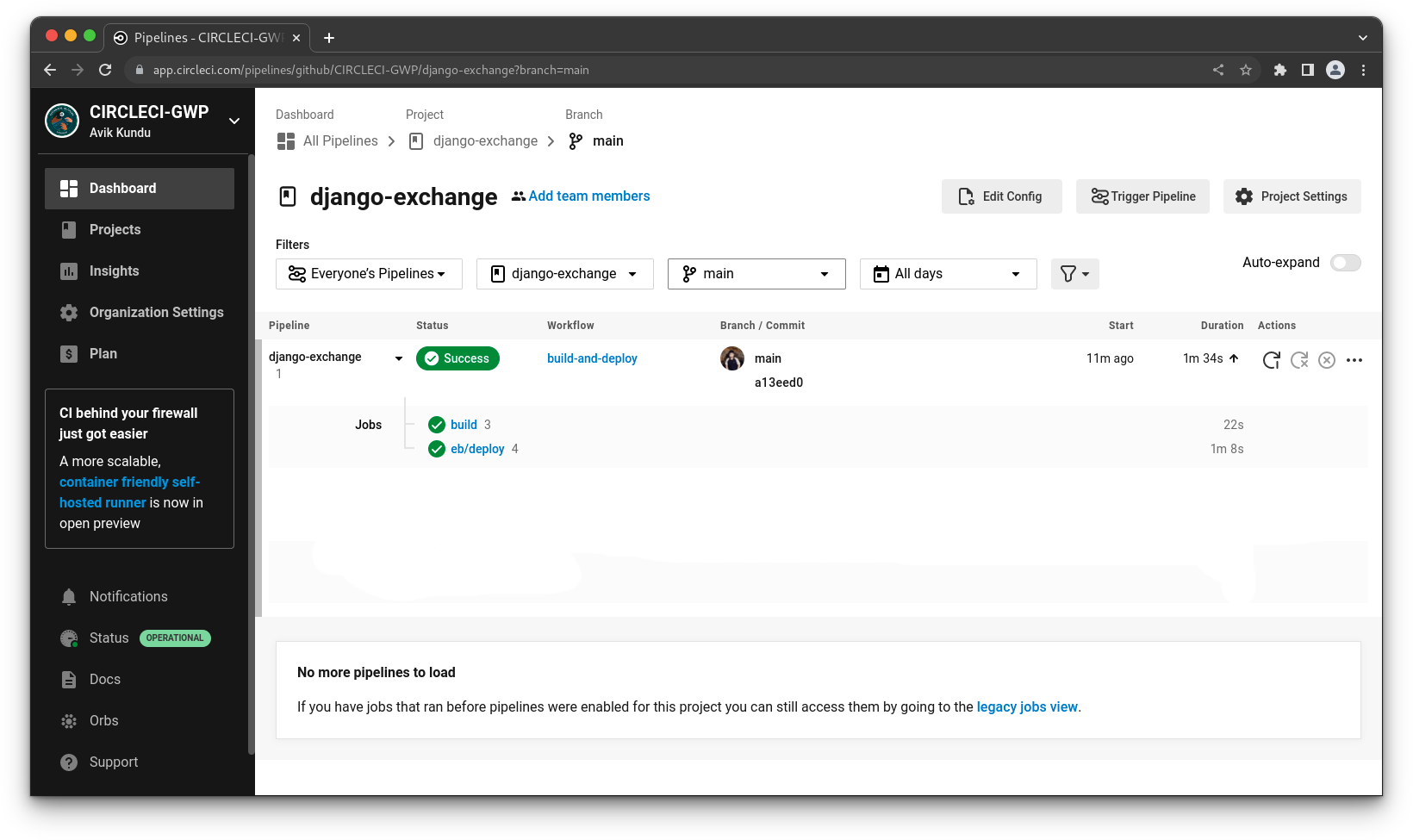 To confirm that your workflow was successful, you can open your newly deployed app in your browser using the CNAME property.

In this tutorial, I have shown you how to set up a CI/CD pipeline for a Django API using GitHub, CircleCI, and AWS Elastic Beanstalk. Using what you have learned here, you can implement best practices for automated deployment of Python projects. This creates opportunities for your team if they have felt they couldn’t use their programming language of choice for projects with automated deployments.