17LIVE improves workflows with CircleCI that frees their DevOps team from CI/CD maintenance.

17LIVE offers a live video streaming application and social networking platform that invites users to share video and other content. The Taiwan-based company’s app, developed by Taiwanese pop singer Jeffery Huang, is very popular in Asia, with hundreds of thousands of downloads.

Keeping the app robust and up and running is the job of Rick Lin, lead engineer for 17LIVE’s site reliability team, and his colleagues. 17LIVE’s team of 100 developers runs more than 500 tests daily in the course of delivering new features to customers, while maintaining a stable infrastructure.

To keep pace with waves of feature and service updates, 17LIVE wanted to implement CI/CD without the need to manage infrastructure. “CI/CD is a critical service,” Lin says. “If CI/CD is broken, then our service is broken, and we can’t push features or fixes to production. So reliability is really important.”

17LIVE started using CircleCI as their CI/CD platform from the beginning. “With CircleCI, we don’t need to take care of the infrastructure, so we don’t worry about scalability and other operational tasks,” Lin says. “That allows us to focus more on our main tasks of getting features delivered to our customers quickly, and maintaining a stable infrastructure as we grow.”

CircleCI also brought scalability to the 17LIVE developer team. “We’re constantly developing more microservices, and that involves increasing our reliance on CircleCI,” Lin says. “But with CircleCI, the pipeline can scale easily as we grow, with no added effort from us on the site reliability team.”

In recent months, 17LIVE has seen a 23% reduction in average build times by using CircleCI, as well as a 22X improvement in queue time. The improvements have resulted in an average of 160 hours of development time saved per week.

By eliminating the need to build and maintain infrastructure, 17LIVE developers can focus on improving products without distractions. “If we didn’t have CircleCI and we had to build our own CI/CD pipeline, it would take months, and we’d need to have someone fully dedicated to maintaining and developing the infrastructure,” Lin says. “But with CircleCI, there’s very little management overhead. When we set up the pipelines, it works smoothly at scale. After that, we can focus on improving our workflow.” 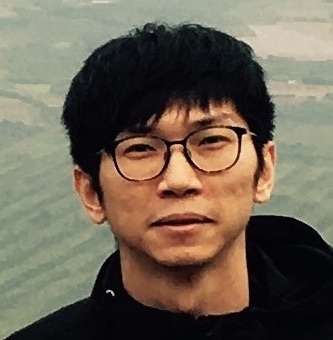 “Using CircleCI means we can produce more features quickly, so we can get product to customers with high velocity. It also means we can maintain high availability and solid infrastructure as our platform rapidly grows.”

17LIVE is a live video streaming and real-time content sharing mobile application for celebrities, entertainers, and influencers that allows users to create and share live streaming video and photos, and earn royalties for personal content shared.