These are challenging times for media: between massive disruption in how people consume news and the impact of the pandemic, news organizations have to stay agile and quickly push out new features and products if they’re going to attract an audience. Expanding and launching new lines of business quickly can be particularly demanding in this environment.

At Axios, the digital media company serving millions of readers each day, the spotlight is on the constant flow of news via Axios’ award-winning newsletters and on the Axios.com website – but there’s much more going on behind the scenes than simply publishing news on the web. “A lot of folks think it’s just content,” says Nicholas Duffy, Engineering Manager for Infrastructure at Axios. “But there’s a lot going on behind the scenes to get that text on the screen and deliver it to millions of people.”

While the content published via newsletters, Axios.com, and the Axios mobile app is well known to readers, there’s also Axios Pro, a service that delivers industry-relevant news to paid subscribers, and Axios HQ, a software solution for creating internal newsletters. All depend on Axios developers who are building, testing, and deploying code across Axios products.

To keep pace with developer projects, Duffy and his team needed speed, scale, and the ability to automate code deployment for every product and platform. “We need a way to deploy any application, regardless of the language or which product it’s for, in a standardized way across the entire engineering organization,” Duffy explains.

Developers were previously using Jenkins for CI/CD, but managing it took too much time away from building and testing code. “It was a big headache for us,” Duffy says. “We had Jenkins running on a server, and we were always patching and upgrading it, and managing dozens of plugins.”

On Duffy’s wish list for a new CI/CD solution: “Zero maintenance, infinite scalability, and rock-solid performance,” he says. Many developers were already familiar with CircleCI from previous positions, so choosing it as a replacement for Jenkins was an easy decision.

The switch coincided with CircleCI’s introduction of private orbs, which privately share configuration across multiple projects, exclusive to an organization. Private orbs have played a key role in meeting Duffy’s goal of standardization.

“We’re leveraging private orbs for a standardized deployment workflow in all of our apps,” Duffy says. “It doesn’t matter if it’s part of the website or part of Axios HQ – we can deploy everything in the exact same fashion, and be certain that we’re using our standardized processes across the board. CircleCI orbs just magically work.”

CircleCI has also helped Axios meet its goal of infinite scalability. “Recently we wanted to increase the size of our macOS [resource classes] about two times larger – going from medium to extra-large,” Duffy says. “We can just change one line in our config.yml file and say, ‘give us a 2X size,’ and then we can test it. Today, our iOS builds are 25 percent faster than they were before.” 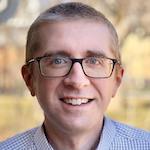 “It doesn’t matter if it’s part of the website or part of Axios HQ – we can deploy everything in the exact same fashion, and be certain that we're using our standardized processes across the board. CircleCI orbs just magically work.”

In the space of about a year, Axios deployed 1,000 times using CircleCI, which falls in line with the average deploy frequency of the media industry overall on CircleCI — one of the highest performing industries on the platform. Axios developers have also saved many hours of time previously devoted to managing Jenkins.

“We love to talk about how we don’t have to worry about patching or upgrading Jenkins anymore,” Duffy says. “When we set up a new service in CircleCI, we can set it and forget it. We don’t have to worry if we need to scale it, or if we have enough processes to manage that many builds. We can concentrate on more important projects.”

Testing is also faster and easier. “With integration tests, it’s nice to get that infinite parallelism with CircleCI,” Duffy says. “For one of our products, we can run 22 parallel sets of testing at the same time – something that wasn’t possible with our previous setup. It’s awesome to pop into the UI and see 22 green boxes next to each other.”

The time that developers used to spend on patching and upgrading can now be devoted to keeping Axios infrastructure healthy and moving the company forward.

“We’re not just building another product – we really believe in our mission,” Duffy says. “If we can keep our infrastructure scalable, maintainable, and secure, then we’ve done our job.”

Axios is a digital media company delivering trustworthy breaking news and invaluable insights to help readers and viewers get smarter, faster across the topics reshaping our lives in politics, tech, business, media, science and the world. Axios was created around a simple proposition: deliver the cleanest, smartest, most efficient, and trust-worthy experience for readers and advertisers alike.