Corewide recommends CircleCI as the CI/CD platform of choice

Corewide, a service provider for DevOps organizations, is dedicated to helping engineering teams see the light when it comes to the wonders of DevOps. Corewide creates engineering teams for specific projects, and provides a project architect as the key point of contact to see projects through to completion. The goal, as Corewide CTO and co-founder Denis Prysukhin explains, is to instill best practices in teams that might not have experienced the benefits of true DevOps.

“I’ve been in the field for 10 years, and I’ve seen good DevOps, bad DevOps, and good DevOps done badly,” says Denis. “This was why we co-founders got together to relaunch Corewide as a DevOps agency. We deliver both the tech and non-tech parts of DevOps, which is where our clients need us to be.”

Corewide’s DevOps experts frequently recommend CI/CD software to clients. “We look at their stack and see how their developers interact with their environments,” Denis says. “More often than not, the choice of CI/CD platform is about the way you think and how you approach builds and deployments, rather than the actual tech behind it.”

Jenkins was crossed off Denis’s CI/CD recommendation list a long time ago.

“It’s outdated, it’s been there for too long, and it’s lagging behind,” Denis says. “But people still keep using it and stumbling on the same mistakes and problems and resource consumption.”

Today, CircleCI is the CI/CD solution most recommended by Corewide for these reasons:

The shift away from self-hosted environments. “In these cases, CircleCI is the first to come to mind because it’s very easy to get started,” Denis says. “When you have that balance between budget, performance, and accessibility, most companies want to keep things in the cloud and stick to third-party solutions.”

The simplicity and the power of configuration. “We want things to be simple and straightforward, flexible but not overwhelming,” Denis says. “CircleCI’s YAML syntax is one of those. It’s a familiar language – you don’t need to reinvent the wheel.”

The killer feature: smart caching. “Of all the solutions we tried, I think CircleCI still provides the best caching flow,” Denis says. “It’s not just about being able to introduce it and set the dependencies, but how smoothly it actually works.”

Parallelism. “CircleCI makes it easier to essentially template your configuration, use some YAML anchors, and you’re ready to go. Then, watch in awe how the dashboards just show you your builds,” Denis says. “Our clients like that part.” 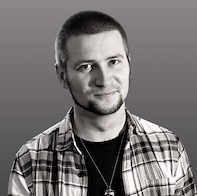 “Of all the solutions we tried, I think CircleCI still provides the best caching flow. It’s not just about being able to introduce it and set the dependencies, but how smoothly it actually works.”

As Corewide experts work with clients to complete projects, they hear about successes with CircleCI. For example, one company has a backup system managed entirely by using CircleCI workflows. The company has recovered customers’ environments multiple times, only losing up to an hour of data.

In another case, a client’s IoT project had a stable flow of nightly builds for different architectures, with only four failures throughout all of 2021.

“For a lot of our customers who have come from a different CI/CD platform, CircleCI’s caching and parallelism is definitely a step up for them,” Denis says. “You can cache and reuse a lot of things. Also, time to market is way faster for builds due to caching.”

Some Corewide client projects have a goal of improving reliability, which means running daily tests of the entire environment. “Reproducing those systems with infrastructure-as-code, allow us to run heavy stress tests on schedule and then fetch the logs from the CircleCI API,” Denis explains. “This means we’ve saved plenty of developer time.”

Corewide is a DevOps service company founded in 2015, and comprises a team of exceptionally skilled DevOps and automation professionals delivering top-notch consulting services with swiftness and engineering elegance.