CircleCI’s speed on Mac machines allowed fastlane maintainers to dramatically reduce their build times and focus on delivering value to their customers. 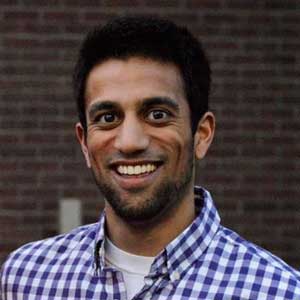 “fastlane is built around the principle of continuous deployment. Having a partner like CircleCI that is consistent and reliable enables us to not only deliver the best value to our customers, but deliver it with total confidence.”

fastlane maintainers faced high testing latency before working with CircleCI. They found themselves having to wait longer to push a new feature or a fix out to customers due to high wait times and a slow build process. This delayed getting customer value out the door since the longer testing took, the longer fastlane customers had to wait for a fix.

The delay also significantly slowed fastlane’s ability to respond to online issues. Other CI/CD platforms that fastlane used prior to CircleCI proved to be unreliable with some providers taking up to 20 minutes to provision a box to be available.

When looking for the right fit for a continuous build and integration server to power its whole open source process, fastlane chose CircleCI. By working with CircleCI, fastlane has gained confidence that it can meet business objectives while trusting CircleCI to rapidly release code that its developers trust by automating the build, test, and deploy process for its mobile offering.

Two major aspects of CircleCI’s solution stood out to the team after reviewing the platform. First, the company found the performance on Mac machines was substantially faster than those fastlane experienced with other service providers. As a result, developers save minutes per build which allows them to ship changes out to customers more rapidly.

Second, the quality and speed of the support team at CircleCI was a huge game-changer. Because CircleCI’s support team is immediately available for fastlane’s developer team, potential issues are resolved far before fastlane customers are affected.

In addition to these benefits, not having to wait for a machine was a huge win for fastlane. Since switching over to with CircleCI, the company has not experienced any failures related to CI (builds hanging or failing).

“A huge secondary selling point for us with CircleCI is the company’s encouragement and support of open source projects. CircleCI has jumped in head first, always with a can-do attitude when it comes to offering the necessary support and scalability needed to maintain a rapidly growing open source tool like fastlane.”

fastlane, acquired by Google in January 2017, is a continuous delivery solution for iOS and Android apps. The continuous delivery service lets you define and run your deployment pipelines for different environments. It helps you unify your apps’ release process and automate the whole process. Thousands of mobile developers trust fastlane to automate the building and releasing of their iOS and Android apps.