“We’re a small team of seven engineers right now and we need to spend as much time as we can building out our product,” says Isaac Seymour, Product Engineer for incident.io, a platform to help companies manage IT incidents from within Slack. “That means investing in the right things, like having lightning-fast CI/CD builds.”

The goals of incident.io’s engineering team are to delight customers, respond to their needs, and do it all incredibly fast.

“We want to build out our product really fast and we only have a few of us working on it,” Seymour says. “That means we’re always constrained by time. We have to keep asking ourselves, are we working on the most important thing right now?”

Developing with speed and responsiveness are intertwined goals, Seymour adds. “We don’t have around-the-clock customer support people,” he says. “But if you’re a customer and you have a problem, you can just message us in Slack. We want to make people feel like they’re talking to a human all the time.”

A “two-way street” communications style is also critical to the young company’s growth. “We ask customers about their problems, and how we can help them,” Seymour says. “On the other hand, they’ll tell us when they’ve spotted a bug – and we can build a strong relationship with the customer by fixing it straight away.”

“We merge changes around 20 to 30 times a day,” Seymour says. “I’ve worked at places where the time from merge to production is around half an hour, which means you can’t really start focusing on the next task just in case that deployment goes wrong. We solve that by having fast, reliable deployments on CircleCI.”

CircleCI also helps engineers respond rapidly to customer concerns. “We pride ourselves on having top-class customer support, meaning that when someone spots a bug or tells about a feature they’d like to have, we want to get a fix out as fast as possible – usually in under a half-hour, which is only possible thanks to a fast CI/CD pipeline.”

CircleCI was the engineering team’s pick from the very first commit – “when our founders still had day jobs,” Seymour says. “CircleCI was the choice because we’ve all used it before in much more complex setups and much larger organizations with dozens of engineers.” 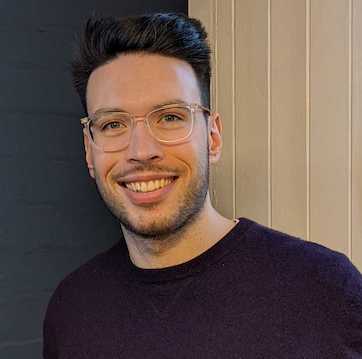 “CircleCI is so far out in front of other CI/CD platforms. We know we won’t have to plan for re-platforming. When you start out with CircleCI, you can skip talking about CI/CD platforms for years to come.”

For Seymour and his colleagues, watching the improvements in development cycle timelines is all the evidence they need that CircleCI is accelerating incident.io’s growth.

“We don’t have projects that last more than a week and a half,” he explains. “That will likely be true forever – we always want to see quick cycles of iteration.”

The CircleCI Insights dashboard helps engineers track their progress, as well as identify areas for improvement.

“Insights lets us spend our time on high-leverage tasks, which for us is speeding up and parallelizing test runs as well as Staticcheck,” Seymour says. “Aggregating across hundreds of test runs means we can spend time optimizing tests that are reliably slow, rather than picking ones that happen to be slow on someone’s laptop for some unrelated reason.”

As incident.io grows, engineers want a CI/CD solution to keep pace with change and expansion.

“We’re growing fast, so it’s important that we pick a CI/CD platform that’s ready to grow alongside us,” Seymour says. “CircleCI is so far out in front of other CI/CD platforms. We know we won’t have to plan for re-platforming. When you start out with CircleCI, you can skip talking about CI/CD platforms for years to come.”

incident.io is a Slack-powered incident management platform that helps high-growth companies declare, collaborate, communicate around, and learn from events that disturb their normal course of business – from critical infrastructure being down, to data breaches, and security incidents.