How LearnZillion uses CircleCI to fully automate their QA process

LearnZillion is building the world’s first free digital curriculum, developed by veteran teachers from K-12 schools. Their app consists of custom content management for their curriculum lessons, and, like any complex application, it has grown to require a number of data stores, queues and more.

In addition to Rails, LearnZillion uses Postgres, Redis, Memcached, and Resque on the backend, and RSpec for unit tests. They use Knockout for their frontend. Browser tests use Selenium, Capybara, and Cucumber. 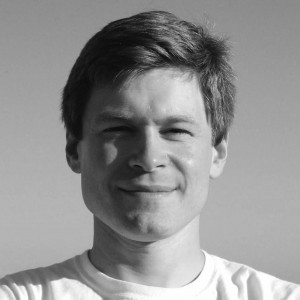 “CircleCI makes our products better by allowing us to spend more energy testing them and less time managing a home-grown testing infrastructure.”

The Challenge Prior to CircleCi

LearnZillion’s CI process consisted of a laptop under a desk running TeamCity, and they were constantly dealing with environment and OS issues. Additionally, the functional QA test process was entirely manual and time consuming. Releases were done every 2-4 weeks by the engineer on-call. “At that interval, the engineer deploying code couldn’t have known all the intricacies of what was being deployed,” said Ian Lotinsky, CTO of Engineering at LearnZillion. “It was downright dangerous.” Deployments were often done late at night to reduce the impact of unexpected issues too. “We needed to move to continuous delivery.”

With CircleCI, LearnZillion now runs all of its tests rapidly on every branch and sees the results right in their GitHub Pull Requests before merging new features into master. In addition to thorough unit testing powered by CircleCI, LearnZillion’s QA lead, Manpreet Komal, has built a suite of browser tests that he calls AutoQA, which are maintained in its own repository by Manpreet and his team.

Now LearnZillion doesn’t have to worry about maintaining their own CI infrastructure. They can deploy confidently several times a day, and they can get new features in the hands of their users in a fraction of the time.