In addition to offering one-on-one and group messaging, plus free call features, LINE Corporation also develops and operates a wide range of services including news, payment, and content. More than 2,000 developers are active behind the scenes working on more than 3,000 jobs and between 4,500 to 6,000 builds per day. CI/CD is essential for boosting their productivity.

LINE Corp had been using open-source CI tool, Jenkins, but because they have so many developers, the company began to suffer from increased CI tool management costs. “We have to install OS-dependent libraries depending on the programming language used for a build, which requires getting root privileges for the CI tool used,” says Hideaki Ishijima, DevOps Engineer at LINE Corp. “It’s not a good idea to give engineers the root privileges for security reasons, so we needed to ask the CI tool administrators to install those libraries.”

The administrators are in charge of installing various CI plug-ins in addition to the libraries for different languages, but their work also includes upgrading those plug-ins. Some plug-ins require the upgrading of related, dependent plug-ins, which places a burden on management work done by the administrators.

“We had 220 different plug-ins installed on Jenkins,” says Sodai Kitamura, Planner at LINE Corp. “We want to decrease plug-ins but it’s difficult because we have to consider the demands of our clients. Managing all of our plug-ins takes a lot of time,” says Kitamura.

“When we were considering introducing CircleCI, many new engineers joined our team, which also increased the admin tasks and operations such as installation and troubleshooting for CI tool plug-ins” Ishijima adds. “We wanted to save and disperse the management costs by sharing some admin operations with engineers.”

Many of CircleCI’s features help reduce LINE Corp’s tool management costs. Developers use Docker containers to run tests and they can easily build an environment including language libraries using Docker images. There is no additional work for administrators to do on configurations, nor is any communication needed to ask administrators to install or upgrade plug-ins. “Our last CI tool required configuration of the user privileges but CircleCI’s easy user management allows users to inherit the GitHub Enterprise privileges,” says Ishijima.

Kitamura says with satisfaction that CircleCI is highly effective in boosting productivity for both administrators and users. “CircleCI is very convenient even when compared with other CI tools because of YAML-text-based configuration,” he says. “Our last tool was sometimes affected by the old test cache and would end up with testing failures, but CircleCI offers separate, clean environments, which significantly reduces CI-related problems.”

LINE Corp engineers also love the ability to SSH log-in to the build environment. Developers can troubleshoot problems by themselves, which significantly enhances their productivity.

In addition to saving on management costs, CircleCI provides developers with comfortable CI environments and easy onboarding. CircleCI’s Free plan, offers many of the same features as paid plans. “With the CircleCI’s Free plan, many independent developers already have experience in using CircleCI, which means we save on training costs,” says Ishijima. “Because of its popularity, it was easy to persuade various stakeholders and decision makers within the company for LINE Corp to start using CircleCI. 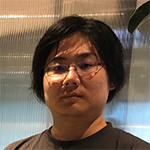 “Our last tool was sometimes affected by the old test cache and would end up with testing failures, but CircleCI offers separate, clean environments, which significantly reduces CI-related problems.” 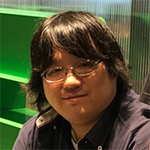 Hideaki Ishijima
IT Strategy Office, Enterprise IT Center at LINE

With the LINE communication app as its mainstay, LINE Corporation’s business is associated with the development, operation and advertisement of mobile applications and internet services, including communication, content, and entertainment, and has recently expanded its business to the areas of Fintech and AI. LINE’s mission is “Closing the Distance” and strives to bring people of the world closer to each other, to information, and to services.