Pingboard offers real-time, collaborative org charts that are accessible via iOS and Android apps and make it easy for companies to organize teams. Pingboard developers prefer to work on new features for the app, instead of managing tests and servers. CircleCI allows developers to run Pingboard’s test suite in 15 minutes using parallel testing and CircleCI – a process that would otherwise take several hours to set up and run. “The ability for devs to fire and forget their commits up to GitHub – and have CircleCI automatically run tests – saves us a good deal of time every day,” says Rob Eanes, CTO of Pingboard. “Selling software is our core, so bugs and botched deploys directly affect our business.”

When Pingboard was founded in 2013, Eanes went on the hunt for a continuous integration tool. “We needed to lay the foundation for a healthy development process,” Eanes says. “I’d only had experience with Jenkins self-hosted CI before Pingboard, but with a small development team, I wasn’t convinced it was worth the effort.” On a recommendation from an investor, Eanes tried CircleCI. “There were none of the headaches I’d experienced before,” Eanes says. “Everyone who joins our team picks up CircleCI very quickly. It’s always a positive experience.”

Pingboard runs 15 to 20 builds through CircleCI every day, including 2,700 individual tests. “CircleCI multiplies the value we get out of our tests – we know code won’t be deployed if it fails,” Eanes says. “The whole team knows exactly when and what changes broke a test.”

Fast testing with CircleCI helps Pingboard developers switch to new projects as builds are being tested, knowing that results will come back ASAP. “We have the confidence to start something new, get to the green build, then move on,” Eanes says. If the test comes back red, “you still have in your mind what you were working on, so you can fix it and move on.” 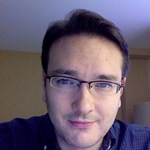 “CircleCI multiplies the value that we get out of our tests, and it’s an important piece of a healthy software development process.”

“I wasn’t convinced Jenkins was worth the effort. With CircleCI there were none of the headaches I’d experienced before. Everyone who joins our team picks up CircleCI very quickly. It’s always a positive experience.”

Pingboard is a real-time, collaborative org chart that makes it easy to organize teams, plan for growth, and keep everyone informed. With Pingboard, org charts are always within reach and up to date, replacing static org charts made with tools like Visio or PowerPoint.