As a company offering Software-as-a-Service to businesses of all types, including luminaries such as Slack, Framer, and MetaLab, Pitch is constantly iterating and producing improvements and new features for its presentation platform. This commitment to regular updates can create tension between agility and early feedback, versus producing a polished and stable product.

Because Pitch developers and other colleagues are split into cross-functional teams running activities in parallel, moving parts are not always closely connected. Prior to the introduction of CircleCI, teams found that activities shifted unexpectedly, causing resourcing challenges. Bottlenecks slowed down feedback and, ultimately, innovation, which took them further away from the iterative culture the company was founded on. 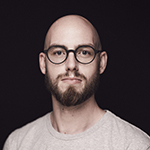 “The overall stability of CircleCI is remarkable in comparison to previously used CI providers and other cloud-based development tools.”

Their previous CI/CD tool, Travis, was lacking. With feedback cycles getting longer, Pitch’s developers needed to be more agile. That’s when leadership decided they needed a stable and well-reviewed provider. Enter CircleCI.

“[Ours] is quite an agile approach,” Adam Renklint, CTO and Co-Founder at Pitch says. “The teams are mostly responsible for figuring out what they are building and why. We spend a long time in the problem space before building to really figure out our features and how they will work.”

CircleCI alleviated these tensions instantly by helping the development team keep to an iterative process: building a small fragment of a vision that they can present to internal customers and testers for review and feedback. Their testing team makes use of the whole feature set to fully activate and explore the different experiences at all times and on all devices.

CircleCI creates the space for innovation

CircleCI allows developers to further lean into Pitch’s iterative feedback culture and quickly experiment to develop solutions that solve the most impactful problems.

Pitch’s developers use orbs, which are reusable packages of configuration that help automate repeated processes, and custom dependency caching to drastically speed up builds. They also use workflows to organize jobs for different branches and platforms, which is particularly helpful with more than 60 developers in a monorepo.

Pitch initially chose a Legacy annual plan in June 2020 after using CircleCI for a year. When their team increased to around 65 engineers, becoming 50 percent larger than it was when they originally signed up, they moved to an Annual Custom Plan in May 2021. Pitch has now been using CircleCI for nearly three years.

Pitch’s entire feedback culture revolves around branch builds that were built and deployed using CircleCI for every commit to every branch. As Renklint says, “We can pass around links to immutable deployments and get feedback across the entire organization without worrying about setting up local development environments for everyone.”

CircleCI has allowed Renklint and his team to build products instead of maintaining infrastructure. Cloud compute helps all their jobs run in a clean virtual environment while still allowing the flexibility to configure resources.

“Thanks to CircleCI, we have a massive fleet of machines working tirelessly to deliver experiments and builds to internal and external users, allowing us to get feedback without delay, and build the most impactful tools and services,” Renklint says. “We love that we can focus on what makes our product and company unique, rather than spend time managing this infrastructure ourselves.”

Based in Berlin and founded by the team that created Wunderlist, Pitch is collaborative presentation software for modern teams. With a focus on real-time collaboration, smart workflows, and intuitive design features, Pitch makes it fast for teams to create and deliver beautiful presentations, and easy for anyone to find inspiration from templates crafted by experts.