Before CircleCI, the team responsible for the auto repair platform at RepairPal was using Jenkins for CI/CD, but it came with plenty of problems and complexities. “Plugins, custom scripts – the whole thing would go down,” Nick Roosevelt, Senior Software Engineer at RepairPal explains. As a result, there wasn’t much confidence in the CI/CD process: “The time we spent on Jenkins was a lot of work and frustration.”

The dev team tested various CI/CD solutions, but none were a good fit. “We tried GitHub, but it re-uses runners, and the second time the runners are used they’re sometimes corrupted,” Roosevelt says. “Caching in that environment was also terrible.”

Given the unique needs of RepairPal’s dev team, the company chose CircleCI for CI/CD. “CircleCI is leaps and bounds ahead of everyone else,” Roosevelt says.

Customizability was a key factor in choosing CircleCI. For example, some of RepairPal’s jobs need much more memory, so customizable compute is much more energy-efficient and cost-efficient. In addition, parallelism gives the dev team more options to run tests when they need to.

“We have 10k specs that take about four hours of compute, but other times we don’t need any CI/CD resources,” Roosevelt says. “And when we have to ramp up for the specs that don’t need to be run everywhere, we can make that a dependency. It’s great that we can add an orb to the dependency, rather than have to fiddle with the versions we install on the images we use for tests.” 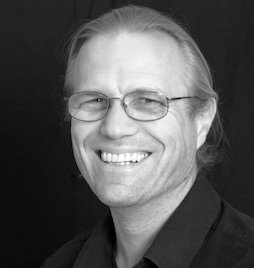 “The caching works well and it’s really fast. That really improves performance. CircleCI is leaps and bounds ahead of everyone else.”

One metric that Roosevelt is tracking is developer happiness. “We have a lot fewer complaints and problems with our CI now,” he says. “We have a main Rails repo that most people work on, and a separate repo for internal tools. Recently there was a change that totally broke Jenkins, and I suggested we use CircleCI. It just worked magically, and the team was very happy.”

The happiness has a knock-on effect with RepairPal’s partners, including repair shop owners and car dealers. “At the end of the day, we’re only succeeding if our partners are happy,” Roosevelt says. “If they’re happy, we’re happy.”

Established in 2007, RepairPal’s connects consumers with certified, trustworthy mechanics throughout the U.S. Large trusted companies including USAA, CarMax, Consumer Reports and Verizon send their members and customers to RepairPal Certified shops, knowing they will get high-quality repairs at a fair price.