Rollbar, an error tracking and monitoring software for developers, is in the midst of a technical pivot. The company is switching from a legacy monolith to a small set of microservices – in part to improve observability and reduce build time. “We’re also hoping to upgrade the legacy codebase from Python 2 to Python 3 during this process,” explains Travis Mattera, Senior Site Reliability Engineer for Rollbar.

The enhancements are expected to help Rollbar meet ambitious goals for delivering products to market and improving developer productivity.

“We’re a Series B startup and we’re measured on our product stability and our ability to bring major product features to market,” Mattera says. “Since we’re in the observability domain, our customers require a solid SLA for their app errors showing up in appropriate groups in our user interface.”

As part of its pivot to microservices, Rollbar was looking to add speed to its legacy monolith.

“At the time I joined the company, we were dealing with 30 to 40 minutes for the container build, and we needed to make it faster,” Mattera says. By adopting CircleCI for CI/CD, Rollbar has been able to substantially improve speed, increase deployments, and boost customer satisfaction with SLAs.

“We went from 40 minutes down to 16 to 20 minutes – and sometimes even eight minutes,” Mattera says. “This is huge since it’s the runtime artifact used in the majority of our workloads. Anything that helps us push features and fixes to production faster keeps us competitive.”

Parallelism is having the same impact. “Our legacy monolith app has quite a few unit tests,” says Mattera. “We use more than 10 concurrent runners to break these up and cut test time down significantly.” 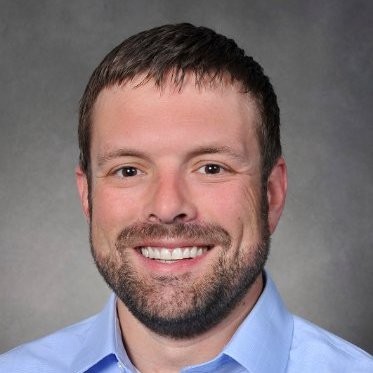 “Since we implemented Docker layer caching, we’ve saved about 2,000 hours of developer time in the last six months. Likewise, our ability to turn around fixes has shortened by 50% or more.”

The time savings have added up – as have developers’ ability to turn their attention to new projects.

“Since we implemented better Docker layer caching, we’ve saved about 2,000 hours of developer time in the last six months,” Mattera says. “Likewise, our ability to turn around fixes has shortened by 50% or more, depending on how many CI pipeline passes it takes in the dev branch to pass and be merged to main.”

Mattera points to CircleCI’s ease of use as one of the reasons for the velocity improvements. “Every DevOps engineer knows that just getting your CI/CD flow actually working is a feat unto itself – clear and complete documentation is crucial to making effective pipelines with fewer iterations, and CircleCI documentation is rock solid,” Mattera says. “It’s easy to find out what’s possible with the configuration references and suggested uses. And the orbs take some of the guesswork out of getting CI jobs working.”

The benefits of using CircleCI flow to Rollbar’s customers. “Being able to push changes and fixes in half the time means much faster recovery of our core product’s SLA,” says Mattera. “Customers love this.”