At any given time, all around the world, the team at Stack Builders is building software in many different programming languages for customers like Twilio, Rotabull, and Amira.

“We focus on identifying pain points in order to design, build, and propose efficient solutions while managing milestones and aligning resources and budgets,” says Carlos Villavicencio, Software Developer at Stack Builders. “We have team members around the world and we use tools like Slack, Jira, and GitHub to communicate effectively.”

Working with a remote team requires standard processes for ensuring quality builds. “We have a variety of projects with different clients around the globe, so each one has its own unique implementation process,” says Villavicencio. “As startups usually have constantly changing priorities due to their business size, it’s important to work with an Agile framework to ensure fast delivery of business value.”

CI/CD has been an essential part of Stack Builders’ development team since the early days of the company. “CI/CD is the perfect workflow to deliver new features continuously in a robust manner,” Villavicencio says.

The complexity of the development environment demanded a CI/CD platform. “We needed a tool that could be integrated with GitHub and was also a good way to visualize and organize the CI pipeline,” says Nicolas Vivar Davila, DevOps Engineer at Stack Builders. “We also needed options for working with different languages and tools.”

Stack Builders’ developers had previously used self-hosted CI services but has been using CircleCI since 2014. The company has since reduced the maintenance overhead associated with self-hosted CI, as well as increased the CI/CD features available for managing their unique use cases.

“We can implement dependable jobs to achieve a workflow that fits the project’s needs,” says Vivar. “The common example is when we need to build back-end and front-end applications, including tests. When they pass, we can proceed with Infrastructure as a service (IaaS) tasks like provisioning servers and deployment.”

The dev team’s feedback on CircleCI has been very positive. “As part of our culture, we focus on quality,” says Villavicencio. “Running tests and static checks in CircleCI is essential to us. In fact, when we join a legacy project that doesn’t have them, we immediately begin to set up workflows. Plus, the UI is very friendly and understandable.” Stack Builders’ developers also love the ability to SSH into build containers. 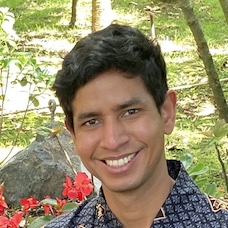 “CircleCI helps us pivot more quickly when business priorities shift. We can easily scale the workflow using parallelism or caching, with no extra overhead.”

With CircleCI, Stack Builders developers can meet the goal of delivering code faster, without sacrificing quality. The dev team can stage deployments every day, and production deployments several times a week.

By reducing the maintenance of the previous self-hosted CI solution, Stack Builders is reducing build time and load on project servers. “CircleCI helps us pivot more quickly when business priorities shift” says Villavicencio. “We can easily scale the workflow using parallelism or caching, with no extra overhead.”

CircleCI is also improving Stack Builders’ scalability. “That’s really important for meeting our business goals,” says Vivar. “Because CircleCI is part of our infrastructure, it’s much easier to align projects. And the capability to scale for parallelism helps productivity and constantly unblocks the team.”

Stack Builders strives to push the boundaries of the software industry through quality, pragmatic custom solutions that bring to life the visions of clients. The company is headquartered in Rochester, NY with offices in Quito, Ecuador and Madrid, Spain.