By switching to CircleCI, fintech platform Tunaiku brought down their time spent on CI/CD management to just 10 minutes per week.

Tunaiku is the largest fintech lending platform in Indonesia. They use powerful data analytics to provide quick and convenient loans within 24 hours. This requires a lot of trust from customers, which is why the company invests heavily in technology and frequently tests new features.

As Tunaiku grew, they began working with different product types, which required multiple tools to get code into production. “It was a very slow process with no parallelism, multiple stages, and took lots of time,” said Ahmad Fikri, Tunaiku’s Head of Platform.

Previously, Tunaiku was using Jenkins for CI/CD, which typically required a week to set-up a new project and a month of iterative testing before Fikri’s team could trust the test results. “It was too much time and too much complexity in managing CI/CD,” Fikri said.

Once Tunaiku began using CircleCI, they found that because it’s so easy to use, it significantly reduced their management overhead. CircleCI’s pre-built integrations, called orbs, also allowed developers to continue using their preferred tools, which reduced workflow interruptions. “CircleCI allowed us to focus on product and feature delivery,” said Fikri.

Before CircleCI, Tunaiku spent a lot of time creating, maintaining, and optimizing any other open source platform, in addition to trying other open-source alternatives. “I think it’s not worth our time,” Fikri said. “With CircleCI, we can go back to our main objective — to deliver as much and as frequently as we can.”

Tunaiku was able to significantly reduce their DevOps tools management overhead by switching to CircleCI. They now spend less than 10 minutes per week on DevOps management.

“CircleCI has a great reputation with other tech leaders,” said Fikri. “We signed up as a free user and found it was powerful and easy to set up.” 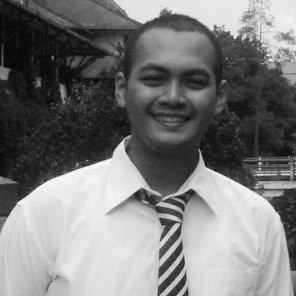 “CI/CD is critical for success for all companies, but there are a lot of ways to do it. CircleCI allows us to easily and quickly get projects onboarded and connect them with other parts of the tech stack.”

Tunaiku is the largest fintech lending platform in Indonesia. A powerful data analytics platform for rapid credit scoring allows the bank to serve convenient loans within 24 hours. Founded in 2014 as Tunaiku by Tolaram Group, the owner later purchased Amar Bank and started a business technical transformation. Tunaiku slowly began migrating more apps to microservices from a monolith. They launched Angular and Node.JS about two years ago to improve front-end performance and moved to Kubernetes three years ago. Amar Bank officially went public in early 2020.