Bringing Digital Innovation to the Government with CircleCI

beta.gouv.fr is the French government incubator of State Startups. Small teams of experienced technologists are paired with intrapreneurs from state agencies. These autonomous teams are given 6 months and a small budget to remove all frictions that occur in some interaction between the agency and citizens. The incubator gives teams support and coaching, and each State Startup has the goal of achieving traction and gaining satisfied users within 6 months. If that goal is met, the sponsoring agency decides if they want to invest more in the service to make it scale.

For the government, this incubator program helps agencies on their path to digital transformation, and allows them to experiment and innovate. As the majority of public agencies are very risk averse (for good reason since service continuity may trump innovation in this context), the beta.gouv.fr program creates an environment where they can get the benefits of a small, nimble team, without investing a lot of time or resources away from their core missions. 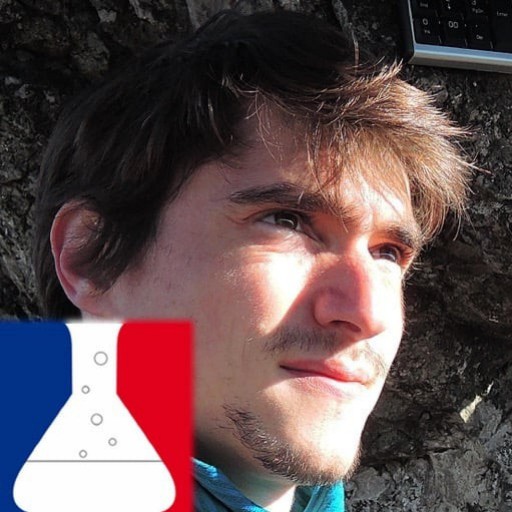 “There are so many challenges in building working software within government that you deliver to the public in 6 months. CircleCI lets us focus on the things that matter.”

“Like everyone who works at the incubator, I started by being a practitioner in one of the State Startups” says Matti Schneider, Core Team Member at beta.gouv.fr. “I was working on the issue of making payroll taxes understandable. It’s very complicated! After that I worked on another startup to help them scale. This startup is focused on helping citizens understand which social benefits they are entitled to. I helped them scale from 50 users to 60,000 users a day.”

“For the incubator, we try to find people who are mature in their trade of software engineering. Even when you’re a great software engineer, you will have to learn a lot to be successful in a state setting. I knew how to deliver products, and I knew I could deliver a product in 6 months. But there are so many assumptions you have about people and processes from the private sector that don’t apply in this context. If you also have to learn about tooling and practices in delivery, you won’t make it.”

“CircleCI helps us be 100% operational on a technical level so we can focus on delivering the best product in a short amount of time,” says Matti. “We are small, distributed teams. Continuous integration is as important or more important on a small team. You really need the CI ‘robots’ on your team when you have less humans to do the job. I want my team to focus on context and solving a problem – doing code reviews, not looking for typos.”

“Integration testing is a fundamental part of anyone serious about web application quality, but extremely hard to do well. It’s such a pain point that I built my own tool, Watai. Watai makes it easy to write integration tests and set up continuous parallel testing with CircleCI and SauceLabs. You can get free browser testing with SauceLabs and free CI with CircleCI for open source projects. I’m now able to test on Chrome, Firefox, IE, and Safari/iOS in under 2 minutes, with readable output of regressions on CircleCI via SauceLabs.”

“CI gives us more confidence in what we are delivering. Coupled with continuous delivery, which is really easy with CircleCI, we are able to deliver software continuously to real users with whom we want to have a close relationship. We’re able to evolve the product faster, which gives us more chances for succeeding within a 6 months time frame.”

beta.gouv.fr is the Digital Services Incubator, a mission of the French government’s Secretariat-general for Government Modernisation. The goal of beta.gouv.fr is to spread the culture of digital innovation throughout the administration via State Startups, small teams of technologists who work for 6 months to create a digital public service for real-world users in coordination with state agencies.