Why the team that’s built some of the fastest-growing companies in the world uses CircleCI.

As a product development agency that builds web and mobile apps for fast-growing companies, Dovetail needs to be able to scale teams quickly, as their customers expand and development needs evolve.

“When writing code that affects so many people, it’s critical to minimize bugs and have a solid test suite in place,” said Nick Frandsen, co-founder and managing partner, Dovetail. “If our engineers see inconsistent test results, our whole testing practice goes out the window. This slows down our ability to rapidly iterate and easily bring on new members to a project.”

One Dovetail customer, Afterpay, a financial technology company that handles billions of requests each week, is rapidly expanding in the US and UK. In order to support Afterpay’s surge in demand, Dovetail needed a CI solution that was quick, accurate, and empowered teams to develop new functionalities.

“It’s so important for us to have a source of truth for our testing, as an engineer’s local environment can be an unreliable place to check the status of a test suite,” Frandsen said. “That’s where a solid CI/CD provider like CircleCI comes in.”

CircleCI plays an important role in Dovetail’s development processes and has helped them scale both teams and codebases to handle millions of users and billions of requests.

“CircleCI is consistent in the metrics it provides and gives accurate results we can trust,” Frandsen said. “It’s helped us expose some of the warnings in dynamic languages, like Ruby, which were increasing our build time. Using this, we managed to speed up our test suite run time by 4x.”

In addition to strong test coverage, Dovetail also uses continuous deployment on projects as merges to the development branch deploy the app to staging.

“This is much easier for QA to assess new changes to both web and mobile,” Frandsen said. “We rarely need to write anything new to get a project started with CI and if we do, the process is intuitive, documented, and painless.”

Dovetail’s projects are large and mission-critical. As their client companies expand, the complexity of their codebase increases, calling for more teams working collaboratively across the globe. CircleCI has handled the increased complexity with ease.

“We’ve seen CI/CD become its own bottleneck in other companies with slow tests, inconsistent results and generally a poor programming experience,” Frandsen said. With the right setup and tooling, we’ve managed to escape these issues. Our mobile test coverage is close to 90% and our backend test coverage is as high as 95% for our major projects.” 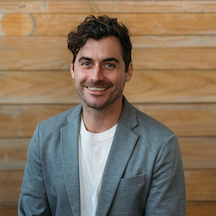 “CircleCI is consistent in the metrics it provides and gives accurate results we can trust.”

Dovetail is a full-service product development agency that specializes in building digital products that scale. Owned and operated by a team of technology entrepreneurs, they design, build and invest in fast-growing companies. Since working with Dovetail, Australia-based Afterpay, has grown into a +$15B international payments leader.