Timing was of the essence for engineer Darío Cravero and designer Tom Parandyk, as they hit the drawing board to identify the best way to help Greyfinch’s customers respond to the COVID-19 outbreak. “It was just Tom and I working closely with the product owners. After some brainstorming, we realized we had a model in place from a previous project that we could use as the base for Urgent Hub, and within one day we knew what we needed to do,” said Darío.

Simplicity and automation would be critical to the success of this project, so the team needed a tech stack that got them further without getting in the way. As a distributed team, being able to build and make changes asynchronously was important, as well.

“There is generally a lot of burden on developers when it comes to connecting applications to one another and making sure things flow; it takes time.” said Darío. “We needed a way to see all the moving pieces in order to communicate and make changes as quickly as possible.”

With the clock ticking, the key for this team was to iterate and automate quickly.

“We used a basic model where we manually released to a production branch and synced the production branch with master,” said Tom. “This was a simple, but useful flow to release the changes. Whatever CircleCI picked up went into production – we didn’t need to think or question if something happened. With CircleCI, it was clear when something had either failed or succeeded, consistently.”

As the project ramped up and the team continued building, it was important to stay nimble. While CircleCI provided a simple way to deploy the app, Views Tools was another key component that kept effective communication and decision-making moving.

“When we deploy multiple times to the same branch, the deployment tends to fail. CircleCI’s clean UI provided the ability to see when something failed. It allowed me to make a quick fix release, forget about it, and move on to my next task,” said Tom. “While Views Tools helped me see and test my ideas in a dev environment, CircleCI provided valuable clarity around the release flow.”

“We managed to achieve a high level of automation with Views Tools and CircleCI, which helped us make the product-building process as smooth as possible.” said Darío.

The COVID-19 Urgent Hub went from idea to fruition in less than six days, and booked more than 70 dental appointments on the first day it went live. The hub is currently serving patients in Arkansas and Colorado, with plans to expand across the U.S.

“For us, it’s a big success to redevelop a platform and make it work for a completely unique purpose,” said Dario. “Next up for the Urgent Hub project is to expand into eyecare and introduce the ability to book virtual visits. CircleCI will be foundational for this task,” said Darío.

The Greyfinch practice management software company quickly needed to build a solution for dental offices to schedule urgent appointments amid the COVID-19 outbreak. The distributed tech team they hired for the task needed a simple CI/CD solution that could help them build both efficiently and asynchronously.

“I’ve used Jenkins but we prefer CircleCI because it doesn’t get in the way. It has a simple UI and setting it up in our project was super fast,” said engineer, Darío Cravero. “Automation made this process as smooth as possible. CircleCI facilitated the communication that needed to happen.” 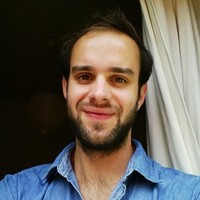 “I’ve used Jenkins, but we prefer CircleCI because it doesn’t get in the way. It has a simple UI and setting it up in our project was super fast.”